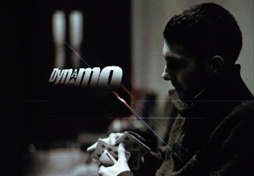 Every magician should study these magic lessons from Dynamo. Steven Frayne AKA Dynamo has risen from the ranks of amateur magicians to become a household name in a very short time. How did he do it? We look at what we can learn from one of the most influential stars of the UK magic scene.

1) The biggest magic lessons from Dynamo

Steven started magic as a kid, and worked hard at his technique for many years. He started practicing while growing up in Bradford’s deprived Delph Hill Estate and took the opportunity to perform his magic tricks wherever he could. For Dynamo, there was no sudden rise to fame, it was a slow journey of learning the skills, getting out, performing and building up his knowledge and reputation. During the early days Dynamo consumed as much information about magic that he could, attended magic conventions and built a relationship with his favorite magic dealers. This way, Dynamo developed a keen eye for what was possible in magic, and what was missing in the market, for his style and persona.

•    Initial Footwork: Dynamo is without question a ‘grafter’. Nothing was handed to him on a platter. The kid puts himself out there as much as possible, talking to the magic shop, asking for feedback with other magicians and immersing himself in as much of the world of magic as possible. This gave Dynamo an excellent foundation for developing his techniques and for spotting the freshest, powerful tricks to build into his working magic routines.

WHAT YOU CAN DO:  Practice and learn as much as possible, and let your favourite magic shop know what you specifically like to learn, they can work with you to suggest new magic tricks that would be right for you. Although you may not be able to book magic lessons from dynamo himself, you can get the exact same advice he was given..

•    Reputation: Dynamo understood that to make it as a magician: You need to be seen. He wasn’t going to be taken seriously by agents unless he had a reputation that preceded him. So where could he get that? Dynamo looked at his other interests, namely his love for hip-hop, and found a door he could knock on. The festival and music scene became his playground. Attending as many events as possible. Performing magic gave him access to the celebrity areas. This young kid in a baseball cap, doing amazing magic was extremely popular and soon he was networking with both celebrities and the media industry.

WHAT YOU CAN DO: Get out and perform. Go to festivals, charity events and anywhere that people can see your magic and your reputation can build. We now live in a world where everyone has a video recorder on their phones. By being out there performing, your skills will get shared and talked about!

Dynamo picked a target market for his magic. He understood that the quality of the magic tricks is second place to how an audience relates to the performer. His market was the young urban music fan, the student, and the celebrity watcher. Targeting his magic at this audience gave his magic a brand and a style that wasn’t being catered for in the UK.

WHAT YOU CAN DO: Look at yourself and your personal style, what market do you closely match, show can you create a persona that fits that, that you can establish as your ‘brand’

3) Dynamo teamed up with excellent management.

Dynamo has an excellent manager. Because of this, he has reached a huge market and is guided through the jungle that is entertainment media. His management team opens up new possibilities for him, and allows him to focus on developing great new magic, without being swamped by the day to day demands of marketing and business.

WHAT YOU CAN DO: Send your magic CV to agents and build a relationship with the ones you trust and work well with. Build your reputation and move to being fully managed if that becomes right for you, once you are in a position to benefit from it.

4) Dynamo understands where the attention should be.

Some magicians are critical of how Dynamo presents his magic tricks. They argue that he lacks a unique personality and doesn’t ‘perform’ with much showmanship. However, others would point out that this is one of his strong points. Learning from David Blaine’s huge success, Dynamo puts all the focus on the spectator rather than himself. His character is unassuming. The trick and the spectator’s reaction are the most important elements of the presentation. He increases the power of this, by performing to celebrities that are a good fit to his target audience. Each time Dynamo performs for a film star or musician, it’s just as exciting for the fans of that celebrity to see them ‘freak out’ as it is for them to be fooled themselves.

WHAT YOU CAN DO: Be seen in the right locations for your target audience. When you are photographed performing magic, make sure the camera is capturing the audience going wild and having a great time, not just you standing in a group ‘doing something’ This is one of the powerful magic lessons from Dynamo: Be the background to the reaction you create.

5) Dynamo left his ego at home.

Dynamo Magician impossible is all about Dynamo. But as we discussed above, he is not fighting for attention. This is exactly the same as when you meet him in person. He is polite, funny and unassuming. Dynamo shows real interest in other magicians and loves to discuss magic with them. That’s why you often find him at many of the more serious magic conventions and he is a member of The Magic Circle. There is no ego about him, and this makes him a very likable guy.

WHAT YOU CAN DO: Join in with magic communities and go to lectures and conventions. Become friends with other magicians and don’t try to come across as more successful than them. Share idea’s and help other magicians improve their technique as they help you do the same.

Did you know you can follow Dynamo on Twitter? His twitter name is @dynamomagician.  You can also join his YouTube Channel and website Dynamo World. Right from the start he engaged social media to help create his brand. He didn’t post videos of him doing magic in his bedroom or magic lessons from Dynamo revealing tricks.. Instead, he had spectators film him while performing and then upload the footage. He tweets regularly so fans can interact with him.

WHAT YOU CAN DO:  Get as much footage of real world performing as possible and create a channel to show this off. Suggest spectators can film you and share the footage. Use Twitter to reach out to your audience and make sure your twitter name is on your business cards

7) Dynamo Magician Impossible makes people care about him as a performer with a back story.

This is one of the most valuable magic lessons from Dynamo to take away.. The format for Dynamo Magician impossible focuses on his back story, how he grew up and the people in his life. The messages contained in the series include themes such as how he loves his family, he understands how lucky he is. Sometimes fame is hard to deal with, he still hangs out with his old friends. His family is important to him. This insight into his character help to make audiences identify with him as a person.

WHAT YOU CAN DO: Read this article on making people care about your magic tricks.

I hope you found these magic lessons from Dynamo useful. The Merchant of Magic can help you develop and put into action any of the suggestions above. The team gives help and advice to magicians on all aspects of improving their magic. Email or call the team

Enjoyed this post? You can give us a ‘scooby snack’ by sharing it: