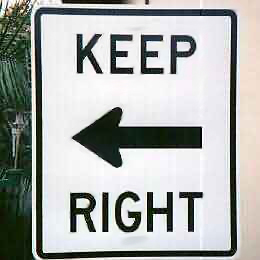 The new magic tricks you have ordered have finally arrived! That package is just waiting to be ripped open and it’s secrets consumed! You play with the props and have a go at working out how the trick is done, then settle down to read or watch the instructions.  If you picked wisely, you have a great magic routine to practice and perform. If not.. well, there’s always something to learn from any magic trick. Chances are, even a magic trick that did not live up to your expectations can help you develop your skills and understanding. But there is almost always something missing…

What they never teach you

There’s a group of core skills that will set a magician apart from someone who only buys and performs tricks from a magic shop. It’s not included in the instruction DVD’s that come with the tricks, yet is probably the most important to learn. It’s misdirection techniques.

Understanding how magicians use misdirection will allow you to make your magic more powerful. It is vital to successfully fooling your audience. Misdirection makes magic stronger. It makes you a better performer. However, it is the ‘unspoken’ art within magic, and finding good theory and resources on the topic is hard to come by.

How magicians use misdirection

This may surprise you, but there really are some people who find the term ‘misdirection’ offensive. They argue that to use the prefix ‘mis’ generally has negative connotations. Words such as ‘mistake’, ‘misfortune’, ‘misunderstand’ and ‘misuse’ all suggest negative aspects of the technique. So ‘misdirection’ implies that you have failed at ‘directing’. So if we want to keep everyone happy and can’t call it ‘misdirection’, what do we call it? We don’t have any problem with the term ‘misdirection’; however, some people prefer to call it ‘Direction of Attention’. In a way this does express its meaning much more clearly, and doesn’t have the negative connotations of using ‘mis’. Whatever you like to call it, the great news is that it’s not hard to do at all, if you know what you are doing.

“Not only shouldn’t they see anything, they shouldn’t suspect anything” –  Erdnase

As a magician, you must learn how magicians use misdirection to make sure your spectators don’t see the things you do not want them to see. It’s not about hiding moves. It’s not about turning your back while you do a suspicious half pass; it’s about controlling audience attention so that when you are going to make a move, the audience is not only focused somewhere else, but they don’t even suspect you are doing anything. It is about making sure that suspicion doesn’t even cross your spectator’s mind. ‘A sleight is not perfect when the spectators are unable to tell what you’re doing. Only when they’re completely unaware that you did anything at all, will they experience magic.’ – Jarle Leirpoll

Better than a poke in the eye

You’ve heard the old expression “the quickness of the hand deceives the eye” right? Well, guess what, it’s wrong! Eyes have the power to track you hand movements a lot faster than your hands are able to move. Quick moves done in full view only create suspicion, and we really do not want suspicion at all. The hand is not quicker than the eye. Misdirection is quicker than the eye!

Want to learn more? Clint Baron and The Merchant of Magic Team have put together a guide to help you understand how magicians use misdirection and ways to build it into your own performance. The free ebook will teach you the core principles to help improve your magic. 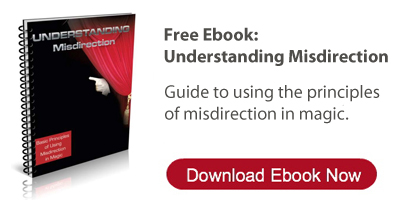