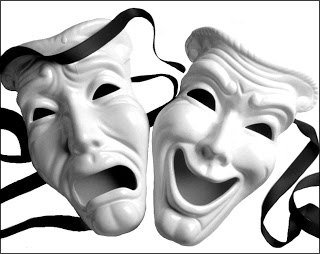 You practice a trick, master the moves, get the timing perfect, and the misdirection faultless, now what are you going to say as you perform the trick?

You have two basic choices:

If you look at ‘world class’ public speakers, comedians and even politicians, they can look like they just chat informally to their audience, moving from topic to topic as the presentation flows.
Actually, they are often highly prepared, rehearsed and scripted in everything they do on stage. They work hard to understand, which words they should and which words they should not use.

If you want a convincer about the power of magicians using scripts,we recommend that you go and see Derren Brown perform live next time he is appearing in your area. Make an investment and buy tickets to the same show on two different nights. Noticing when the parts that seem to be ‘ad-lib’ or ‘off the cuff’ are repeated. They are carefully built into his performance to look completely natural. He’s an expert at this and you will learn a great deal from just the price of an extra ticket.

We will be covering the ‘winging it’ approach in a future post, but today we want to look at the following common objection to using a script:

I don’t want to sound scripted!

You really don’t have to at all. The secret is an additional step, often overlooked when magicians work on their magic tricks. It’s the extra work that professional actors and public speakers use to set themselves apart from the competition.

Once you have the script memorized, the real work starts. Listen to how you sound when you say the script. Record yourself reciting it and play the recording back repeatedly. Note the pace and the tone of your delivery. Ask yourself what you could adjust to make each part sound natural and organic. When you say something funny, does it sound forced? If so, how could you deliver that line better?

The payoff for putting in this extra work will show in your performances almost instantly. It may seem like a lot of hassle when it’s far more exciting to start learning the next magic trick instead. However, that’s the whole point. This work on your presentation is part of the process that will set you apart from the average performer.

If you would like to learn more about creating a script for your magic, we recommend the following book Scripting Magic by Pete McCabe

Please let us know your thoughts about magicians using scripts in the comments section below: