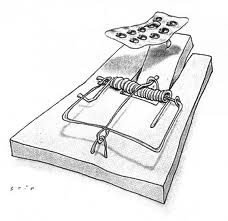 I received a question today that gets asked quite often, so I thought I would answer it on this blog instead, so as to get your opinion too.

‘What do you think constitutes a true magician? Using 100% gimmicks 100% of the time, is something that feels a bit disingenuous when calling myself a magician. What do you feel is the perfect balance between real sleight of hand and gimmicks when performing close-up magic?’

Well, my answer tends to be that I don’t think it matters AT ALL.  The method really isn’t important and focusing attention and time on it is actually one of the traps that stop people learning to become a magician.

Do you want to be studying close up magic or to become a magician?

The two options are actually quite different, but their paths both lead through the doors of a magic shop, so people can often end up switching to the wrong path along the way.

Magicians are made one trick at a time. I recommend you choose a magic trick because it looks amazing and because you feel it would suit you. Then learn it and study any sleights needed to perform it perfectly. If it uses only gimmicks great. If it uses hardcore sleight of hand that’s great too.  The world’s top magicians only care about how amazing and entertaining their magic trick looks, not the method. If fact, they work hard to find a method that is as easy and direct as possible.

Knowing lots of sleights and techniques doesn’t make you a magician, it makes you an encyclopedia.

What makes a surgeon?  Would you call a surgeon a fraud for using the latest medical equipment? Should he or she insist on only using a scalpel and a piece of wood for the patient to bite down on? No, quite the opposite. I want my hospital to use every piece of the latest equipment possible to get the job done as well as possible. The surgeon’s job is to fix people. Your job as a magician is to amaze and entertain people. It’s the end result that defines the job title.

I couldn’t find any reference to a person that knows lots of magic techniques and moves in the definition anywhere. Only someone with magical powers and someone who entertains with them.

Instead of collecting moves and sleights in an endless cycle of studying close up magic in general, decide what magical powers you would like to have. Do you want to be able to fly? Would you like to be able to read peoples minds? How about being able to move objects just by wishing it? Go ahead and choose your powers, then search for magic tricks that would show those powers to your audience in the most entertaining way possible. Once you have that, you can then learn the methods to allow you to perform just those tricks only. That’s one of the real secrets of magic.

Have I missed something? Do you disagree? Do you have any suggestions that would also help someone studying close up magic? Please share your thoughts in the comments section below: