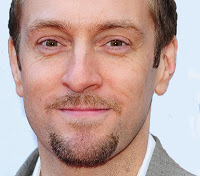 Derren Brown presents his mind reading skills much the same way that historical entertainers demonstrated psychic and paranormal abilities. However, he often states to the audience that the secrets to his powers are, in fact, a combination of magic, suggestion, psychology, misdirection and showmanship. The revelation of a method hides the true secret and heightens the interest of the spectators.

A refreshing presentation of traditional mentalism.

Derren Brown often gives the audience a false explanation for his tricks, whilst delighting in debunking the psychics and mediums, who claim their powers are real.

In doing this, he often provides an equally fictional revelation of the magic secret. By claiming, he is using skills to predict and control a spectators mind with suggestion and manipulation of their free will. He often attributes his powers to reading physical and psychological indicators. One of the most popular methods he reveals is the use of body language to predict what an audience member is thinking.

Mentalists often argue that much of that IS possible. We wouldn’t argue with that at all, but the interesting point for us, is not his actual methods, but rather his use of a revelation of the secret to cover the true method.

How can that be applied to your magic?

When you perform your magic, what explanation do you currently give?

The source of your power’ that you choose to build into a tricks presentation will greatly change the way your spectators view and interact with you. It will also either increase or decrease the strength of the magic trick you are presenting.

If you are inspired by the approach Derren Brown takes, experiment with the source of your magic. You can turn a stale trick, that you don’t seem to get great reactions from, into one of your strongest routines.

You can’t have your cake and eat it

A word of warning: You need to be consistent in the source of your magic At least within each act you construct. If you attribute your skills to sleight of hand, then claim magical powers for the next trick, it just won’t wash with your audience. Equally, presenting yourself or an object as magical, as you demonstrate sleight of hand techniques won’t be very effective either.