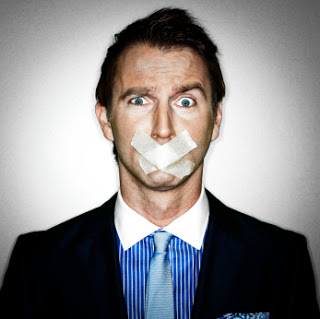 I want to talk you to about language. The words you use when you perform your magic tricks, and how you can improve them to get a better reaction from your audience. It’s specifically about using the wrong words.

What are the wrong words?

Every word that you use, when you perform a magic trick, counts. It sets the stage for the magic, defined your character, moves the action forward, and ensures the spectator understands what should happen, and what did actually happen. It also signals to the spectator, how they should react to the trick. Any words that don’t perform these actions are clutter and should be removed from your script as much as possible.

As magicians, we are so used to reading about magic tricks, going through the instructions and talking with other magicians, that we forget our spectators are not the same. They aren’t immersed in the language of magic.

Approach a spectator, pull out your Bicycle playing cards and tell them:.

“Say ‘stop’ as I riffle through the deck.”

What on earth is a “riffle”? The spectator never uses that word, and probably has no inclination to  do so. Swap  it for something like this..

“As I go through the playing cards, say ‘stop’ at any time”

That’s a much better line. It doesn’t assume any previous knowledge of magic from the audience.

Asking a spectator to “Cut the top half of the deck please.”  Again, what exactly is a ‘cut’ and what’s the top half of the deck? It’s clear to us as magicians, but these assumptions of prior knowledge in your patter, cause the spectator to pause for just a moment, to check internally that they understand what you are asking of them.  Simplifying the language you use in your instructions will improve the pace and flow of your magic and the clarity of the trick for spectator.

Call a spade a spade.

As much as possible, check that you are not referring to items by their magic names. Let’s say the magician is about to perform some card tricks. He asks the spectator to sign a card and wrap the playing cards up in a silk:.

“Please pick up the Sharpie, sign the front of the deck and then wrap it up in the silk.”

For just a second, these questions jump into the spectators mind:

4) What is a  Silk?  Does he mean that piece of cloth on the table?

The spectator how has 4 questions to process, and confusion can jump in at any step.

Using the word bit, makes the trick sound like something less that awesome. It’s dismissive and almost apologetic. Instead, say something like “Here’s something very strange, for you.” or “Let me show you something, I think you will really like.”

Another common mistake is to use the word effect.

“Let me show you this magic effect.”

Nobody, other than magicians, call magic tricks ‘effects’. Save that, for when you are talking to other magicians. Instead, refer to the trick as “magic” or “magic trick”.

It’s so tempting to add this, as some kind of little reward for the spectator after every action they do.

This is simply clutter and adds nothing to the presentation. Unless you are specifically trying to be funny, this gives a message to the spectator that you thought he or she was incapable of performing these simple tasks.  Instead, just say “Thanks” and move on with the trick.

It’s likely that you may now notice that you use these words when performing. Filming your magic performances can help you identify these habits, so you can work to remove them.

We all do it. We all use the same stock lines, when talking to spectators. After all, we grew up watching magic and learning the way a magician acts. However, taking a moment to study what you say, and choosing alternatives to these common phrases, will dramatically chance how you are perceived by your audience.

Here, are some of the most popular cliches that should be avoided:

“And now, for my next trick..”   Just get on with it. When you end a trick and start another, it’s obvious to everyone. There is no need to tell everyone that you are starting a new trick.

“And with luck…” Telling a spectator that the trick requires luck to end correctly, is a huge fat signal that you are not confident with your technique. The trick works because of magic, not luck.

“Are you sure?” This is common. You ask them to pick a card then ask them if they want to chance their mind. Why? As a magician, you want to let them know that they could have picked ANY card. But they already know that, as you asked them to do just that, a moment ago.

Just accept their first decision and move on with the trick. Adding doubt in the spectators mind, that they picked the right card is a distraction from the card trick. Unless your card tricks are specifically about the nature of free will or influence, making the spectator question each of their choices serves no real purpose and adds nothing but fluff.

“So, now I am going to…” Don’t introduce each of your actions. Just do them. The spectators don’t need a running commentary about your future actions. They are there in front of you to experience the trick for themselves.

“Is that fair?”  By asking a spectator to judge, what should be a simply innocent action you create doubt and a challenge mentality. The spectator is invited to think:.

These common mistakes that magicians make, often just spring from assuming the spectator has prior knowledge of magic. That’s often fine if you perform mainly to other magicians, but even magicians will appreciate good language. In fact, they will probably notice it just as much, as they compare your presentation to their own.

It’s very hard to remove these negative words from your presentation, if you don’t script your magic. Watch some performances of magicians who favor the ‘ad-lib’, jazz style of magic and you will often find their patter is full of these lines. We highly recommend that you start creating a script for each of your tricks. As you become aware of mistakes like these, you can remove them. Scripting your magic down to only what is essential for the trick to work. Once you have this habit, you will find that you can ad-lib in a more powerful and meaningful way.