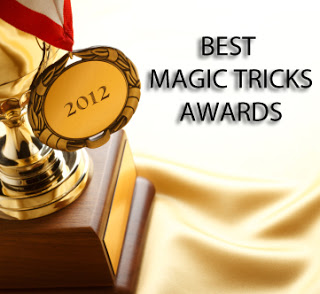 2012 has been a brilliant year for new magic tricks coming out. Every month new releases hit the magic shops and some become instant hits, whilst others fade into obscurity. So, let’s take a look at the best magic tricks to be released this year.

How the award winning magic tricks were chosen.

It’s important for us to make it clear that we are a magic shop. As such, we do supply most of the products that have won a place in the awards. However, the winners are 9 products out of over 20,000+ magic tricks that the magic shop stocks. In creating this list, the shop gains no payment for inclusion. We deliberately excluded any items that are produced by us.

In order to create this list we looked at several sources of opinion for each trick:

The Best Magic Tricks of 2012 Winners.

The list is given in no particular order. Each of these tricks has won its position as the top 9 Most recommended magic tricks released in 2012. 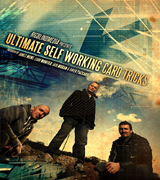 One of the best selling DVD’s ever to be released, outselling many titles that have been constantly in stock in the magic shop for many years. Produced by Big Blind Media (An magic excellent production company) Ultimate Self working Card tricks features strong easy magic tricks, that step away from the tired mathematical tricks often found in collections of this nature. This is a first choice recommendation for beginners looking to learn some card magic tricks they can perform easily and gain experience performing. 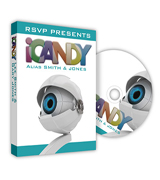 iCandy was a highlight of 2012. Gary Jones and Lee Smith collaborated on this project and brought us a  DVD that contained 15 effects, and every one was a winner. What made this DVD stand out above the rest is that you can instantly tell each routine had been worked in the trenches. An excellent DVD with so much variety. The tough part was choosing which tricks to put into my act as each and every one was commercial, killer, and practical stuff any spectator would be floored by. 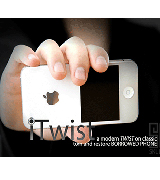 Over the last few years there has loads of mobile phone magic tricks released, but none quite like itwist. The beauty of this was its impromptu appearance, and the organic nature of it. Admittedly, a clever take on the classic Paul Harris effect ‘The screwed deck’, yet itwist was easier to perform, immensely visual, and ready to perform with a borrowed iPhone, meaning it could be performed in practically any scenario. 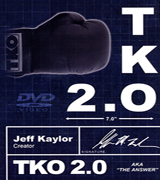 This day and age it is very rare that a new utility item is introduced to the magic world that can enhance almost everything you perform tenfold. TKO2 did exactly that. Ultra clean coin vanishes, coin changes, ditches, switches, card loads, the list is endless. We often hear the phrase ‘the possibilities are limited only by your imagination’. In the TKO2’s case, this is absolutely correct. The impossible card to envelope routine itself is a work of wonder, but its so much more than that. Those that own and use the TKO2 know its potential. Those that don’t will be fooled by it. An essential to any working pro, and a product that we know will be in most working repertoires for a long time. 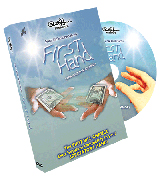 Every magician is likely to have used a bill change at some point of their career, and for good reason. It’s a classic plot, the ability to change a notes value at the fingertips. So, what made First Hand so different? Well, firstly, the change happened in the spectators outstretched hand. Secondly it was instant, and thirdly, the money could be examined immediately. For a spectator it doesn’t get much stronger than that. 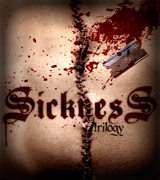 Sick and Saw were hits in recent years with magicians looking to add a little shock magic into their acts. Sickness added  a trick called Excise, which is an outstanding piece of horror magic. Granted, it’s not every persons cup of tea,  but updating the classic needle illusion, so the needle is produced from your throat, is fascinating and horrific for spectators at the same time. It simply gets spectators screaming. For magicians that perform tricks of this nature it proved to be a must have. 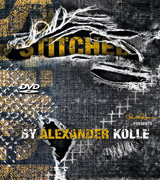 Lets face it, we all know enough card tricks to keep us going for a lifetime. Stitched allows a magician to instantly heal a rip in their jeans or trousers. The spectator can even take part in the process if they want. The trick turned out to be incredibly popular. Best done with jeans, it captured the interest of magicians looking for ‘street magic’ style effects they could perform for friends socially. Many working magicians also adapted the gimmick to work well with suit trousers.

To The Max by Kieron Johnson 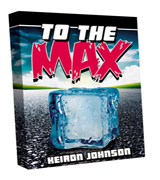 Created by Keiron Johnson and released by RSVP Magic this year. The ability to produce a block of ice on the spectators hands, instantly appealed to the working pro’s. You can tell right from the outset, that Kieron has been performing this effect commerically for a long time, and has perfected the presentation. The gimmick included is very simple and makes you band your hand on your forehead and say ‘why didn’t I think of that!’ The truth is, you didn’t and Kieron did. Hat’s off to him for a great trick. One of best features of To The Max is the range of tricks you can do with a single concept. From simply producing a block of ice as a suprise climax, to revealing a prediction or even a coin inside an ice cube. It’s as much a utility device as a complete trick. 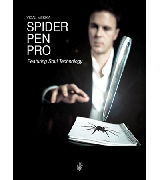 Using invisible thread is very much like Marmite, you either love it or hate it. Thread effects can be amazing, but the prospect of fiddling around with thread puts off so many magicians, The Spider Pen Pro gets in the list because it helps bridge this gap, between effect and method. It opens up so many new ways to use thread, that watching the DVD that comes with it, is as eye opening as actually using the item. The magic shop gets more thank you emails and letters about recommending this item than any other thread device. Yigal is the king of thread-work worldwide, and his spider pen delivers on all it’s promises. It’s still not self working, and requires practice to use smoothly, but it’s a just about the most trouble free way to hook up your thread and reset when performing.

Shouldn’t there be ten winners? After all, that’s the traditional number isn’t it? Well, yes there should be. There’s one missing from the list. It’s the one YOU like best. Which trick have we missed out?