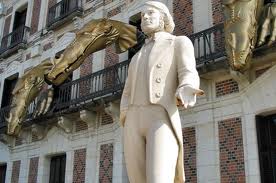 Who are the most revolutionary, famous magicians of all time?

Tough question Jamie! There have been an awful lot of magicians through the ages, each making their own distinctive mark on magic.

We asked other magicians to give their suggestions and as suspected, there wasn’t much agreement.

Here’s a few of the most popular responses
in no particular order:

Dia Vernon – The Professor.
Suggested by Joshua Bartley. That proved to be a very popular choice. Vernon helped define modern close-up magic and high profile magicians worldwide perform so many of his moves and techniques. The standard cups and balls routine performed today, can be pretty much attributed to Vernon.  His influence on magic has been the subject of complete books, but a good source of information about Dia Vernon can be found here.

Jean Robert Houdin.
Suggested by Connor George. Houdin is probably our choice too. Often regarded as the father of magic as we know it today. We can argue about who is or was the best magician, but pretty much everyone that has followed Houdin is standing on his shoulders.  You can read a detailed article on his history and contribution to magic here.

Harry Houdini.
You can’t question how famous Houdini is, just about everyone in the modern world knows of him. Was he really a magician? He was known to say that he wasn’t a magician himself. It’s true that he performed magic on the stage during his early career, but many reports do suggest he was terrible at it. His fame grew with stunts and escapology capturing the public interest, and his astonishing skills of showmanship and marketing. Here’s more information on the life of Houdini.

Doug Henning.
Not in the same league as the historical ‘founding fathers’ of magic, but Doug Henning is responsible for moving magic away from the traditional trappings of 1920’s dinner suits. His TV shows in the US heralded a change in magic towards the casual and ‘trendy’. In that sense you could argue it was revolutionary. The Life and works of Doug Henning

David Blaine.
Suggested by Joshua Velez. A popular choice amongst the magicians we asked. Not because of his contribution to methods of magic, but his TV specials really did mark a change in the public perception of magic. The close-up magic tricks he performed were not new or revolutionary, but taking them onto the streets and focusing on the audience rather than the magician was very, very different. It inspired a whole generation of magicians to clone his style, and coined the term street magic. Regardless of whether you think his popularity is due to his talent or that of the format he created for the TV shows. The influence of David Blaine on magic today is profound.
Read about the career of David Blaine here.

Dynamo – Magician Impossible.
Suggested by Steven Holt as a joke. We think votes for Dynamo – Magician Impossible have more to do with his current high profile in UK media at the moment, than his contribution to magic as a revolutionary figure. You could argue that Dynamo has or is leading a revolution at the moment in the UK magic scene, away from stage magic, practical jokes and game shows. His shows present a magician as a real individual with a back story. A kid growing up in a deprived area, using magic to fit in socially. This is a strong contrast to other magicians, who present themselves as ‘different’ and mysterious. The magician as the boy next door is a new concept. He may be inspiring the current generation to rediscover magic, but not many magicians feel there is anything new being brought to the table other than increased viewing figures for magic on television. His magic is great and his presentation of the magician a real person is very positive for magic. His popularity has contributed to an increase in the use of magicians for high profile events in the UK.

Here’s who people are suggesting on the MoM Facebook page: 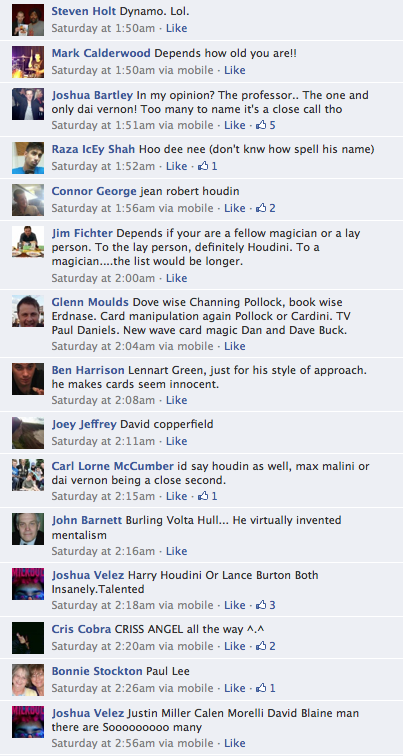 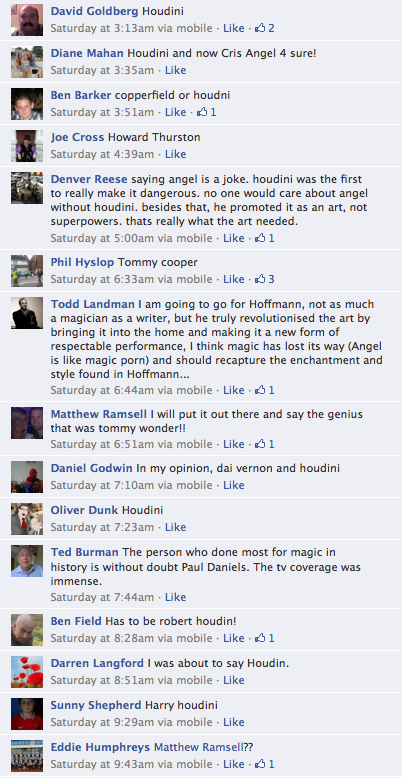 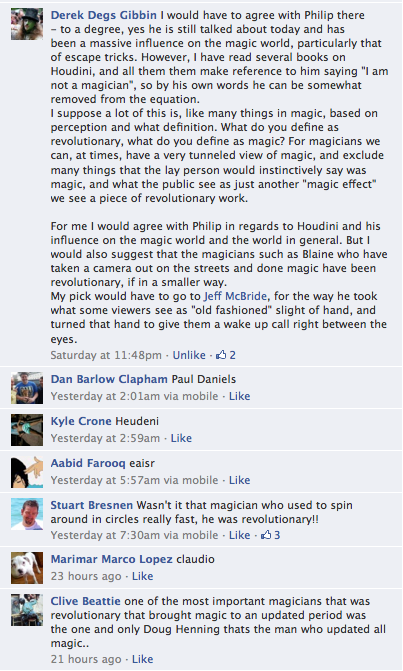 Who do you think should be regarded as the most revolutionary famous magician in history? Tell us who and why in the comments section below: