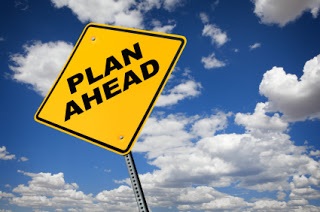 We get plenty of emails asking how to organise and build magic tricks  into a routine that flows smoothly so they can perform with confidence and know that by the end of their routine, everyone will have had a positive experience.

Professional magician, Ben Williams gives his top 3 tips for creating a close up routine that flows:

1) Every routine should have a Start, a Middle and an End

First, you must concentrate on your magic tricks, which effects to use and which ones not to use. Every routine should have a start, middle, and an end. This is something that you may have heard before. Sounds obvious, doesn’t it? Let me explain what I mean and what each part of the routine should convey to your spectators.

The Start
First impressions count. Your introduction and first magic trick are when your spectators will make their judgement of you and your magic. An opening effect should be something that is not too long and does not involve too much process. Most spectators do not want to invest too much of their time in you and for magic… Yet (unless you have a spectator that is either very polite or really LOVES magic, in which case you will have time to perform a lengthier effect to them later). A spectator needs to be satisfied straight away with your promise of magic. Produce your deck of playing cards in a magical way or make your Sharpie pen appear from nowhere, these are great ways to establish magic within your performance. Your first magic trick (not counting pulling the pen from behind their ear!) should still be punchy and to the point, visual magic is great, magic in their hands is even better. When working professionally and performing my card effects, I almost always start with a card being selected with some amusing patter, shuffled back into the deck and then having an indifferent card placed in their hands which magically turns into their card. There is little process; it can be performed within a minute, and the revelation happens in their hands.

It is only now you can gauge their actual interest and see how far down the rabbit hole they are willing to go with you.

The Middle
This is the part of the routine that you can tailor the most with your own preferences and to how you feel the spectators are going to accept your performance. For instance, you can add some routines that you personally enjoy; they don’t have to be as short and punchy. This is also the time in the routine where you can try out your new material as they have been shown something impressive already so the pressure is off and you can really relax. I usually have a few magic tricks on me that I know can work together, and what the spectators say or how they act will affect what I do next. Sometimes the spectators will say they love card magic, and this may influence me to perform a lengthier routine with the cards such as Triumph or a signed card effect (that has a good kicker ending) like Ambitious Card ending with a deck vanish or card to wallet. Maybe they mention a famous magician and say what they saw him do on TV, like David Blaine biting a coin in half, in which case I would probably go into my coin bend routine or ring flight routine. If you have given yourself a choice of magic tricks, make sure you limit them somewhat to a few effects that will fit this segment of your performance so as not to confuse yourself!

The End
This is the routine that you will perform and leave your spectators with; this has to be memorable. Maybe you set out a premise for this in your introduction—for example, you hand a prediction to your spectators at the beginning and come back to it at the end of your routine, allowing the performance to go full circle. You may want to save something very strong for this performance like a drawing duplication. You have earned their trust, gained their respect, and now you can really hit them between the eyes with a meaningful performance that will leave them with something as a reminder of your time together. Remember, they make their judgements about you at the beginning, but after you have gained their respect you can leave them with whatever impression you want. If you want to be remembered then this is your chance, make it count.

I touched on this, albeit briefly earlier. It is very important not to over-complicate things for yourself. It is too easy to cram as much magic as you can in your pockets and not think about where it is going. If you do this when you are performing, your routine, you will be fishing around in your pockets trying to identify your props sight unseen, just using the sense of touch. It will look awkward, and your spectators will definitely notice this, it will look like you don’t know what you are doing and add pressure upon you which will compromise your performance. Take a moment to think about pocket management (we have an article talking about this in a lot more depth lower down in the blog); make sure you know where your props are before you go to get them. It will help you keep a clear head and improve your performance as it will minimize thinking about things other than your performance.

It is very important for the flow of the routine if you have a scripted patter. This is your safety net. I don’t necessarily mean that you have to stick to the script word for word—it is more a script that you can fall back on that can help you keep on track with your routine. By all means, improvise with your performance and be personable with what you are saying, but having a script can help to get your routine moving along smoothly. I personally have a set script that I use. It changes frequently as sometimes you think of a funny line or try something new that works amazingly well, but it helps me should the spectators cause the routine to go off track. I have, many times during performance, being in the middle of my ambitious card routine when something funny has happened, after laughing and joking with the spectators, I have not known where I am in the routine. It was only when I returned to my script that I knew which sleight to perform so I could continue with the routine successfully.

By all means, enjoy your performance. Go off on a tangent, and if there is something that you wish to add or take out, then do so (after all, trying new things and jazzing with your magic or script a little, is the only way to develop and improve), but having the script as a backup can help in times when it is needed. Scripting is just another tool in your arsenal that can help the flow of a routine, like good pocket management, and it is all these little details that count.

So in summary, keep it simple! Make sure that the effects you choose reflect your personality but also take into account what your spectators think. Everybody has a preconceived notion as to what they believe magic to be, make sure you are aware of this when you plan your routine.