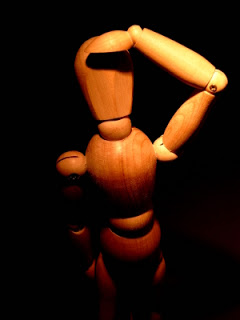 I perform mentalism/mental magic, and I’d like to know how many tricks should an act contain? What is the right duration for a parlor performance among friends?

If you are preparing a parlour/stand up performance, there is no problem with preparing multiple acts of varying length. It is highly recomended that the core magic tricks can stay the same, but you can lengthen a performance with a more in depth script or simply add more tricks in-between your core routines.

I  suggest taking the approach of leaving them wanting more rather than saturating them with a great lengthy performance. Most magicians that provide a stand up or parlor act will be able to perform for 20mins, 30mins or 45mins. They have an act planned for each of the timings, so they know exactly what they will perform for each time setting. For example, a 20 minute performance of mentalism may consist of  3 or 4 well rehearsed and scripted tricks. The set should build, have a start, a middle, and an end and really be your powerhouse routines, there is no time for filler in a performance like this. You need to control the audiences attention immediately and turn up the intensity throughout the performance ending with a strong revelation of some sort. The middle routine should be some sort of performance piece that can be lengthened with script if necessary, this should reflect your character and be engaged for the audience, think of it as a journey that you are taking them on.

Here, is an example of some routines you could use:

Opening Effect.
– Bank Night routine – Bank night routines are great to start with as they involve the audience directly and they also have the bonus of using winning money as a hook

– Guess Which Hand – Some sort of guess which hand trick where you challenge a spectator to hide a small object in their hand, and you guess correctly 3 or 4 times in a row which hand they are holding the object. This is also great as it is involving the audience (you can ask everyone which hand they think the object is in) and can also be presented as a bet where if you lose the spectator wins some money, making it instantly appeal to the whole audience.

Middle Effect.
– PK touches – This is a great performance piece routine. You can really hit home with the idea of people being connected if you choose a couple it makes this stronger still. Psychokinetic touches is a great example of this type of trick.

– Book Test – To divine a word selected from thousands of words in a book is both baffling and entertaining. This type of routine allows you to  play on the factor that there are hundreds of pages each with hundreds of words meaning there are literally thousands of choices the spectator could have had. This scripting within a book routine can really amp up your performance building the intensity for your finale.

End Effect.
– Drawing Duplications – Something as simple as a drawing duplications have a great impact on an audience. The routine is simple to understand and follow the audience knows what is coming yet when you reveal your drawings to be the same the audience all gasp at once. You can really frame this type of routine with theatrical factors like maybe having two chairs back to back, make sure the pad you use is large so when you reveal the images it is instantly clear.

– Triple Prediction – It is a simple routine again method wise and very simple again to understand, but it really hammers home your talent and allows you to have a multi phase routine that gives you a punch of three hits one after the other, a great way to end your show.

This is an example of how you can routine a mentalism performance that will last about 20 minutes. Remember to make it fun, engaging and also build it throughout the performance to your finale.

The 30 minute Act.
If you wish to make it a 30 minute show, you should think about filling these routines out with some quotes or interesting facts surrounding the phenomena.,  For example, if you are performing an ESP routine you could mention the background to the ESP symbols and research Karl Zener.,

Maybe think about scripting an audience participation game where you can whittle down the spectators to the one spectator or 5 spectators that you will use in your first routine. If you watch any live Derren Brown performance he has great fun audience interaction at the beginning of each of his shows, this gets everyone involved, is entertaining but also opens up the audiences eyes to something. The audience begins to realize that mostly everyone does actually follow a pattern and individuality does not necessarily mean you will each behave individually when presented with a certain situation, you can really play on this throughout your performance.

The 45 minute Act.
Some clients will want to book a 45 minute act for after dinner performances or other situations like this. 45 minutes are about as long as I would want to perform for in these situations, it can be tempting to offer an hour, and it wouldn’t be too hard to make it last an hour, but unless an audience member has bought a ticket to  be entertained by magic all night an hour can be a lot to sit through. The last thing you want is your audience getting antsy and fidgety towards the end of the performance when they should be the most captivated. Remember, we all love magic and similar forms of entertainment, not everyone who you may meet at an event like this does.

For a 45 minute act, I would again use the core routines that you have in the 20 minute performance and the structure of the 30 minute performance for these effects. However, you should think about adding a few effects in-between these routines. It is important to vary your performances. For example, if you are performing a mentalism act it wouldn’t be great to perform a Bank Night routine (a one in 5 chance effect) with another routine such as ESP card divination routines (another one in 5 chance effect).

Some great routines that can be used to fill in between the bigger routines could be as simple as a well scripted routine using the Invisible Deck. You could also perform divination routines such as Emotional Intelligence by Luke Jermay (a great routine worth checking out) or something like Free Will where you predict the out come of a selection of choices that the spectator makes freely. All of these routines can hammer home the fact that you really are a student of influence or reading people’s body language and expressions.

If you present yourself as someone who can cold read people or read expressions it would be a very interesting premise to perform something that is real and true.,  For example, you could ask for someone to provide you with a piece of handwriting you could analyze or there is a great book called Draw me a Tree where you analyze a spectator by studying a drawing of a tree they have made. With this type of performance thrown into your act you genuinely are demonstrating a skill and talent that can really help validate your character as genuine.

So these are some tips to creating a parlor or stand up routine that hopefully should help you out should you be planning to take your close up performances up a level. It is always great to have a performance like this ready should you need it, after all these situations do arise  I was once booked for an hour of magic, it wasn’t until I reached the venue I was told that there was only 25 people, and they wanted an hour of stand up magic if you ask any working magician it’s likely that he or she will have a similar experience they can share with you. Be prepared, after all that is a very important part of being a performer especially of the magical variety!