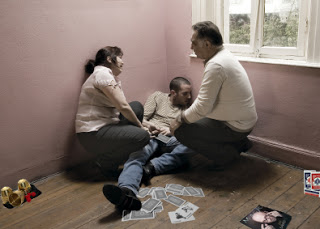 If you are serious about studying magic, it means putting in the hours needed to practice, consistently, and over a great deal of time. There’s no shortcut, unless you want to be just an average magician. However, even dabbling in magic can have a serious consequence:

The trouble is we love magic. We especially like being fooled and enchanted by tricks. After all, that’s why we first became interested in it. We decided we wanted to be able to do it ourselves, so we started to learn. That’s when reality kicked in as we discovered that knowing the secret of a magic trick, instantly removed its ability to fool us. What’s left is the hard work of study, repetition and constant adjustment of technique, as we work to master each magic trick. That’s a whole load of boring, compared to the feelings a new magic trick gives us. The result is a pile of half mastered tricks and ‘itchy fingers’ for the next new magic trick that’s about to be released.

A habit is a pattern of behavior that becomes entrenched and is repeated on a regular basis. An addiction works quite differently to a habit.  A behavior appears to satisfy a craving, but in reality, it is the cause of the precise craving it appears to cure. Addicts engage in an endless quest to satisfy their cravings, and in doing so, they create more.

The endless quest of magic.

This conflict between the love of being fooled, and the dull reality of practice is one of the reasons magicians learn so many tricks. Far more than they would ever be able to master. The thrill comes from searching for new magic tricks, wondering how they are done, and anticipating learning the secret.

Once a magic tricks, secret is theirs, they find little satisfaction from it anymore, and a new search for another trick begins. It never ends. If you don’t believe me, and you think you WILL one day know enough magic, spend an afternoon in a magic dealers hall. You will find loads of older magicians, who have been ‘learning’ for decades, yet are still frantically searching for the ‘next trick’ to master.

I’m not saying that this addiction for new magic is a terrible thing. Perpetually learning is extremely positive. I’m not aware of any health risks associated with continual study. It’s a lifelong passion to learn and be creative.

Well, here’s the truth: There is no known cure.

Once you have been bitten by the ‘magic bug’, it’s already too late. You love learning, mastering new skills (or at least intending to do so) and enjoy the feeling of wonder and excitement that a new magic secret promises you. More than that, you want to create those feelings in other people too.

Don’t worry about it though. You can’t overdose, it’s slightly cheaper than most harmful chemical addictions, and it will bring you so much joy throughout your whole life. It will keep your outlook on life open and will entertain so many people through the years.

I’m a magic addict, and I’m dang well proud of it, you should be too!