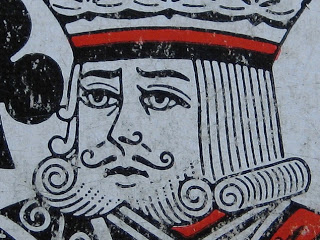 Have you ever wondered why some groups or tables that you entertain are more responsive than others?

It’s understandable that some individuals may be less keen to watch magic than others, but why would a whole group act that way together?

There could be several reasons for this reaction to your magic. The group could have just been arguing, they may be deep in a conversation that they are all enjoying. If your magic usually get’s great reactions it’s the group that is generating the negativity, rather than yourself.

However, one very common reason may be because the group has a dominant member that is controlling the mood and behavior of the group and you have not approached the group in a way that takes this into account.

The next few times you approach a group of people or a table to perform your magic, pause for a moment. Watch the group before you join it and take over as the center of attention. There’s a fascinating social dynamic for you to see.

Typically, one person in the group will be ‘holding court’ and dominating the group to some extent. Once you start looking out for this, it becomes extremely easy to spot, even though the other members of the group many will not be aware that it is happening to themselves.

This group dynamic is remarkably subtle, but it’s influence on your performance can be profound. Alpha spectators can be either a magicians best secret weapon or a real challenge for them. It often depends on how the interaction between the Alpha spectator and the magician plays out in the first few moments of meeting.

Ways the ‘Alpha Spectator’ can work against you

When you join a group, attention is taken off the Alpha spectator. They are no longer the center of focus for the group. Should he or her feel unconsciously threatened by this, they can make things quite difficult for you. Here’s a few of the most common behaviors this perceived threat to their dominance may produce:

Distracting.
Example: Offering wine around the table, asking the group if they want drinks or making a phone call in the middle of your trick.

Over examining.
Example: Asking you to give them the deck of playing cards to shuffle at inappropriate moments.

Excessive joking.
Example: Making wise cracks that attempt to draw the group’s attention back to them.

Cross conversations.
Example: Starting a conversation with part of the group or telling an anecdote in the middle of the magic trick.

Inviting non group members to gain attention.
Example: Suddenly noticing a new arrival, calling them over and starting an introduction to everyone in the middle of a trick.

All very annoying, but this can be avoided quite easily if you remember to use a few basic techniques to handle Alpha spectators that will get them on your side.

Ways they can help you.

Getting the Alpha spectator on your side right from the start is the goal here. As well as avoiding the annoyances mentioned above, there are advantages to be gained by having the leader of the group ‘watching your back’, initiating applause from the group and focusing the attention of the group onto the activity of watching the magic show.

Some magicians prefer to dominate the group right from the start and in doing so, they replace the Alpha Spectator for their time in the group. However, there is another way. The principle is easy. The most important feeling for the Alpha spectator is that he or she is getting attention from the group, and that their status is not at risk.  Communicating that their status is not under threat and that your introduction to the group will strengthen that position, will significantly reduce the risk of being rejected and having a ‘cold reception’ from the group members.

Acknowledge – Notice the Alpha member of the group and subliminally seek permission to take over control temporarily. As you approach a table, make eye contact with the person you identify as the Alpha spectator, and smile as you do so. The idea is to make is appear as if you are approaching the table directly to ask that person a question. The goal is to get his or her attention first, so you arrive at the table with the Alpha spectator paying attention to you.

Question – Ask the Alpha spectator a question first. He or she does not need to be your first ‘helper’, so it can be a general question such as, ‘Is everyone having a good evening?’. It could also be your introduction as a magician. This is done subtly, with eye contact with him or her first, just for a moment, then move around the group as you address all the group members.

Focus attention. – Your opening trick could be done with the Alpha spectators help or that of his or her partner. This ensures their attention and support making sure the group pays attention. Use a magic trick that makes the spectator achieve something remarkable or demonstrates a ‘skill’ the spectator has suddenly developed. The goal is to show, without being too obvious that he or she will remain the most influential person in the group and that magic adds to this feeling.

Giving signals like this to a ‘group leader’ is not being subservient, or passing on control. It’s simply acknowledging that you are new to the group and it has already developed a structure. Identifying and handling the Alpha spectator as you approach a group will not always guarantee you get a warm reception. Human beings are extraordinarily complex, with far too many variables at play to control consistently. However, if you bear this point in mind when you perform, I think you will be surprised at the difference it can make to being accepted into a new group quickly.

Magicians control spectators in many ways, what techniques do you get the best results from? Leave a comment below.