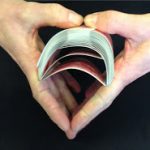 For magicians, there’s nothing like cracking open a new deck of Bicycle Playing Cards. Pulling off the wrapper, breaking the seal and sliding out the untouched deck.

Have you noticed that a brand new deck of playing cards is harder to control than a deck that’s been used for some time? That’s because playing cards need to be broken in. It’s important to take the time to prepare your deck of cards before performing. Breaking in the deck of Bicycle playing cards in advance, means you have one less thing to worry about when you perform your magic tricks.

If you open a new deck of cards, you won’t find any instructions on how to prepare them. Playing cards are designed for, well… playing cards. Those thoughtless manufacturers don’t seem to care about us little old magicians!

As you use your deck of playing cards, it will become conditioned and easier to control and manipulate. However, it’s important that you change your deck regularly. A dirty or worn deck of cards can give a very bad impression to your audience. Worn out cards lose their finish and can clump together, making many techniques much harder to do.

For beginners, it’s especially important to replace the deck of Bicycle Playing Cards on a regular basis. Practicing sleight of hand with an old deck can cause you to struggle with the moves when a new deck is brought into play. As you introduce special decks of cards or gimmicks, you will need the deck to match the appearance of the newly introduced cards, so being comfortable handling a new deck whenever you need to is an important skill to master.

The Merchant of Magic has produced a free PDF Ebook that will show you an easy way to prepare and break in a new deck of playing cards. It includes a fast easy drill you can do, whenever you open up a new deck.

How are Bicycle Playing Cards Made

How to Hold a Deck of Cards Correctly

Found this useful? Leave a comment below and tell other magicians about it: