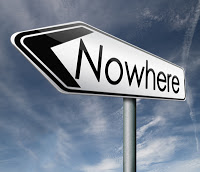 ‘These individuals have riches just as we say we have a fever, when really the fever has us.‘ – Seneca 4BC-65AD

Don’t collect moves without tricks. The moves will begin to control you.

Do you hang out with other magicians? If you do, you will have met a LOT of very skilled magicians who know just about every sleight or flourish going. They somehow seem to be overnight experts on THE current fashionable move being promoted in a just released magic DVD. They delight in showing you 5 different colour changes, an undetectable pass, their one handed farrow shuffle, and a La Paul spread that turns you green. It’s very easy to be disheartened by their skills.

Why aren’t I that good at sleight of hand? I practice as much as possible. What have they got, that I haven’t?

Knowing a huge range of useless sleight of hand moves, doesn’t make you a magician:

‘John? Oh yes, he’s an author you know! Yes, yes, well.. he hasn’t actually written anything yet, but he can type 70 words per minute! He’s a total master of the keyboard. Did you know, he even knows all the keyboard shortcut keys! I hear at the moment he is working on several advanced ways to cut and paste some text!‘

Before you envy them too much, ask them to show you their best magic trick. Judge them on THAT, not the individual sleight of hand moves they can perform. If they are magicians, their primary goal should be learning and performing magic. If they are collecting and mastering useless sleight of hand techniques, that’s something else instead. It could be flourishing, it may be juggling, it could even be wasting time, but it’s not working towards a goal of performing magic.

There’s nothing wrong with the past-time of learning card magic technique. After all, it could be possible to create an act which featured a demonstration of unassociated card moves and techniques. Flourishing can work really well build into an act. However, if YOUR goal is to become a master magician, then your efforts should be different to those of someone wanting to learn new variations of sleights.

Like most magicians, we like watching good sleight of hand. A perfected one handed colour change is a thing of beauty. However, when a magician shows us a move built into a magic trick or routine, in a way that complements and enhances the routine, we get excited and have more respect for the magician.

Do This: Look for the best magic tricks that suit you, then master the moves and sleight of hand for THOSE tricks. If you don’t have an application for a sleight of hand technique, make note of it, but put it aside until you do.

Disassociated moves and random flourishes distract you and eat up time you could be using to become a better magician.

Ditch your useless sleight of hand and focus on what interests you and what you will actually use.