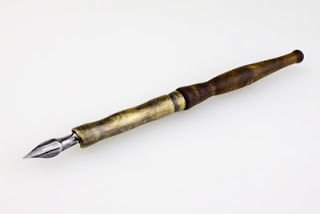 When it comes to a spectator choosing playing cards, magicians can’t help saying:
“Pick a card. Now please sign your name on the card..“

DO THIS: Next time you need a playing card signed, try one of the following:

1) Give an autograph – If a spectator signs a playing card, add some text yourself:

To
(signature)
Best wishes
(your name)

2) Make a wish – Ask the spectator to write on the card, a wish that they would like to come try in the year ahead.