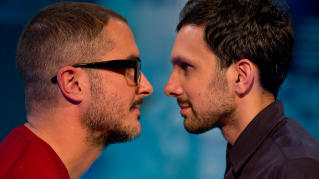 Dynamo Magician Impossible has produced two TV specials over the Xmas period. Including a fly on the wall documentary and a top list of his best ever magic tricks.

Dynamo Magician Impossible has finished two TV special episodes for fans this Christmas. Both shows will air on Watch

Dynamo will ask his fans to vote for their best magic trick. The winning magic tricks will be compiled into a Dynamo Top Ten Greatest Moments show.

Celebrities including Mathew Horne, Keith Lemon, Radio 1 DJ Scott Mills and Tinie Tempah will appear on the show to chat about the magic tricks and Dynamo in general.

The interview will highlight Dynamo's backstory. Covering his childhood and rise to fame.

'I am really looking forward to sitting down with Zane. Through watching my shows my fans have gained some knowledge of my life story, but this is going to be a real opportunity to delve deeper and for viewers to find out what inspired me to take up magic, and hear about the trials and tribulations I encountered along the way.' – Dynamo Magician Impossible

There is no question that Dynamo Magician Impossible has become a worldwide hit with magic fans and the general public. The spotlight that the shows cast on magic has been well received by working magicians. They have increased demand for magicians at events all over the UK.


Dynamo's unassuming persona, presented with a heart warming back story has won over audiences that had become tired of the old 'stage magic' presentation of magic on television. Although many of the magic tricks on the shows have received criticism from magicians as being simply 'theatrical stunts' and 'TV Magic', the shows have become the talking point for TV viewers all over the country.


What magicians can learn from the show.

The interview is a great chance for magicians to watch and learn about persona branding, creating a backstory, and connecting with an audience on an emotional level. It's an insight into the marketing required to be world famous magician.


Although Dynamo has a production company, marketing and PR machine behind the show, it's a great lesson for magicians. Study how Dynamo, and his magic is sold to the audience as more than just a series of disassociated magic tricks.