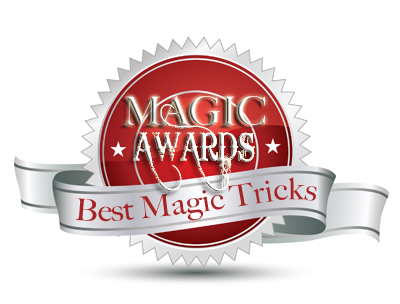 It’s been a great year in the world of magic, so it’s been a pleasure running through the feedback from magicians picking the best magic tricks to hit magic shops in 2014.

Magicians show an endless drive for creativity, with brand new concepts and clever re-workings of classic effects being released at a fast pace. The latests and greatest magic tricks often have a short shelf life. Magicians constantly update and expand their acts. The process can be hit and miss, with most new magic tricks ending up abandoned and forgotten. So, let’s cut through the tricks that have fallen by the wayside and look at best magic tricks to be released in 2014.

The finalists that have been given a best magic trick 2014 award are selected from the following sources of opinion:

The list is given in no  order. Each of these magic tricks have won its place as the top most recommended magic tricks launched in 2014. 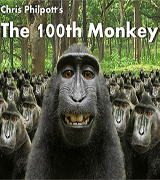 As imaginative as it is clever, Hundredth Monkey captured the attention of professional mentalists and magicians as soon as it was released. The clever props, creative routines and new thinking makes this a winner. The routines can be played as serious mentalism or as a great comedy routine. Find out more 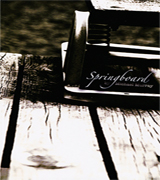 Springboard is so simple an idea that we can’t believe we didn’t think of it! It is a perfect method to allow someone to read your mind! Imagine if a person could tell you a card you were thinking of, you lay down the card before they tell you what card they believe you are thinking of, nothing is written down ever either! Such a cool idea that lay people LOVE! Find out more 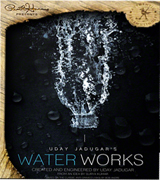 One of the biggest sellers of 2014 with good reason. Water Works updates the anti-gravity water plot and introduces some stunning visuals. Filling a bottle full of water, turning it upside down and then pushing objects into the bottle to watch them float up… what’s not to like. Making it all examinable.. even better! Find out more

Dollar to Gum by Twister Magic 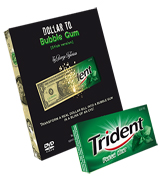 Dollar to gum is a real killer of a visual effect. A reworked gimmick of the older trick Dollar to Credit. The best thing about it now is that the gum pack is examinable. It is easily adapted to any currency (as long as it folds!) and really looks like TV magic, these visuals are what the lay public have come to expect from magicians and Dollar to Gum really doesn’t fail to deliver. Find out more.

Performed by Dynamo Magician Impossible, as well as Ben Hanlin on the TV series TRICKED. Deceptus gives you the ability to put borrowed objects inside a drinks can. It’s street magic that looks as good in real life as it does on TV. Magicians looking for organic. visual tricks that can be used to provide an impossible climax to the the effects they already do will find this an essential tool. Find out more. 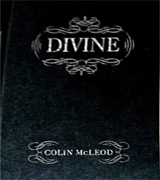 Divine is an amazing book full of working material from top mentalist Colin Mcleod A.K.A Colin Cloud. Included are some of his best pieces that he has thoroughly worked over the years. There is some very clever thinking and ways of using gimmicks in a different way than they were intended to bring a new spin on some old ideas. Thoroughly recommended! Find out more. 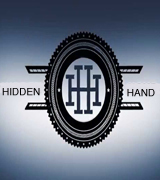 Hidden hand was released in October 2014 so just made it into the list of magic tricks to be included. It’s simply gimmick allows anyone to do eye popping vanishes and productions with coins, rings.. in fact, any small items without the need for sleight of hand. The gimmick included with the tuition DVD is nothing much in itself, but Sean Fields and Eric Jones give a wealth of techniques and advice in the DVD. Hidden Hand is suited for real world performance, but equally at home providing superb magic for a show reel or YouTube promotional videos. If you can see past the simplicity of the gimmick and appriciate what it will allow you to do, you will love Hidden Hand. Find out more 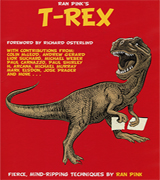 T-Rex is an awesome centre tear, it is so simple and clean, It is taught beautifully in this book by Ran Pink. It has so many ideas and applications that makes the centre tear an awesome utility that is ready to use whenever you need it. The idea of the centre tear has been re-engineered to make the handling so fluent and logical, that there is no doubt in your spectators mind that everything was fair. It is our favourite centre tear EVER! Find out more 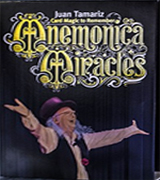 Mnemonica Miracles takes Juan Tamariz’s stack and applies it in all of his favourite ways. A documented journey through the eyes of the master. I love seeing a creator performing their miracles and this DVD set sure delivers! Memorising a deck opens so many doors for impossibility, things that should not be possible just happen! Find out more.

Ash and Ember by Zach Heath 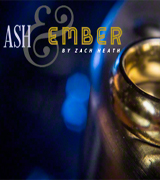 The worlds first colour changing ring was released in 2014. Ash and Ember proved a huge success, especially with magicians who wanted to expand their ring flight or ring manipulation routines. It was the perfect companion to Hidden Hand. The trick is visually striking and leads into the concept of a ‘ring of power’ popular within magic. Being easy to use, Ash and Ember soon made it’s way into many magicians acts. Find out more

Which magic tricks have we missed?