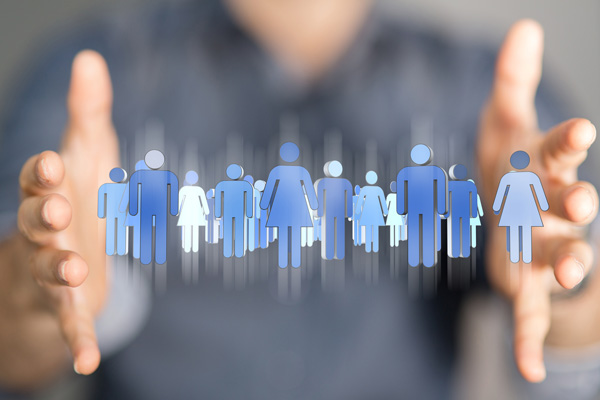 How do you manage to present the same routine to groups that are very close to each other?

My name is Rodrigo, I’m 27, from Brazil, and  love magic since I’m little, but now I’m going to make a living of it. I have a question, and I would be very pleased if you could help me with it.

How do you manage to present the same routine to groups that are very close to each other?
(and if not, how many different routines do you usually have to use at a same gig)

I’m asking it cause I’m worried that it could be bad for my reputation, appearing for them that I only know that tricks, or worse, happening one guy stars to tell things by viewing the same trick again.

Thanks a lot, I hope you can help me with this question that is really troubling me.

I hope some day I can go to the UK to visit your magic shop.

Great question and we are more than happy to help and reassure you! Firstly, here’s a video Dominic made at a recent gig, where he talks about this situation:

A professional will hone their material so it is well structured, patter and scripting will be much more of a factor with your routines, your props have to be managed well and organized neatly within your pockets so your performance can flow well. All of these things are important when performing magic tricks professionally, it is no good going to a gig trying to do loads of different tricks to everyone as that will result in your quickly losing any organization in your pockets, you will need to go and reset everything far too often and you will come across as disorganized and it may even result in you not getting to show as many people magic as you or the client would like.

How do you manage showing the same magic tricks to everyone?

The answer to this is that you don’t have to deal with this too much. Mostly when you go from group to group each small group feels like they have your undivided attention. This means that they will respect you giving other groups your full and undivided attention and they will know their ‘show’ is over when you move on. You can help this by saying something along the lines of:

‘Thank you so much, I have so many people to get round today, I must go and mingle with some other groups, but I will come back and show you some more later if I have the time’

This is a subtle and kind way of saying show time is over now, now I have to show some other people magic. Mostly you will find people will understand this anyway. You will also find that a lot of people don’t want to follow you around, they are happy with the time you spent with them. You will most likely be booked to perform magic at a party or wedding or corporate event where other things are going on, they have people to see and other things to do. This doesn’t mean you were bad and did not entertain them, not at all, it is just they came to a party/wedding or other type of event and not to a magic show. They never intended on watching magic all night. Of course, some people will not want you to go, these people are golden and you should try to go back to them at some point if you can, they may even follow you a bit or watch you perform to another group later.

What happens if someone does follow me from group to group?

I will go into what sets of tricks you should have in a bit. However, if you do get someone to follow you then remember, they are only doing it because they like what they are seeing. Take it as a compliment. You must be aware of the fact that they have seen some of the tricks so try to speak with them to misdirect them at key points, the other lay people will follow that misdirection but you will also misdirect the spectator who has followed you. You can jazz up your routines as well, for example, I perform Omni deck as a finale to my card magic, sometimes I will do it after card to mouth, sometimes after a double lift or after a triumph routine, just to jazz it up and keep people on their toes so they don’t get used to seeing that trick at the same point.

How many routines and magic tricks are best?

This is my own personal way of doing things and it works for me. I have a few sets of tricks on me when I perform, I will most likely perform 3 – 4 routines per small group before moving on when performing Walkaround magic. I will always have at least one ‘powerhouse’ routine with these, this might be a coin bend, Omni deck, it might be Ring Flight, I will try to make it something unique and not just a card trick. This is what I will finish each set on and it will change between groups. I will be set up for about three or four powerhouse routines within my pockets for a walk around set. Some of these powerhouse routines need a quick reset, it may be an envelope needs reloading or something needs to be reset in a wallet etc. So when I go from group to group I can do four groups before a quick reset. If I am super busy and have lots of people to get round then I will maybe only do stronger routines that don’t need a reset, maybe card to wallet instead of card to envelope, you have to judge this when you get to your gig each time. By having four powerhouse routines it’ll be rare that someone sees one of these any more than once or maybe twice, which is fine.

For the other routines that go in between I will obviously have a deck of cards and I have a tonne of card tricks I can do off the cuff, I will also have a few gaff cards on me in a pocket I can easily load onto the deck should I want to. I have a coin or set of coins for a one coin routine or a coins across, with these I can add in a watch steal if I see the chance. I will have a thumb tip for other effects such as a liquid vanish, sugar packet effect or bill switch. I will also have a wallet, I can load into and a couple of gaffed banknotes in that wallet for tricks such as £10/£20 transpo, extreme burn or similar. With all of these together if organized well, you will have a core list of about 10 tricks and 4 powerhouse finishers that you can easily chop and change between so it is not a never ending list of tricks but you have ample variety for the small groups. Of course you will repeat tricks, but that is good, people love talking about when you did that trick where the coin bent in their hand and comparing stories.

How to deal with a repeat spectator that spoils any surprises.

Finally, this is how I would deal with a spectator that did follow me and ruin things by saying things like, ‘show them the trick where you turn the cards into glass or do the trick where the coin bends’. You have to understand, most people do not do this to be a pain in the butt to you, they are doing it cause they are excited and would like to see the trick again because it impressed them so much. They don’t realize that by them saying these comments it makes it harder to perform them. So here is a line I say in these situations, I say it very much as a joke and lighthearted response (I hope it will translate well for you).

Spectator, ‘Show them the trick where you bend the coin’

It is said with a smile and a laugh, but it gets my point across immediately that I do not want them saying things that may ruin the climax of my effects for everyone. I will most likely then say, ‘well, I tell you what, I’ll show you something different’ and then I will show them a different powerhouse routine. Unless it is something like Omni Deck which only takes a moment of misdirection. In that case I will say, well, I can’t do it now! I will show you later, then I will do a simple double lift and immediately do Omni deck as no one will be expecting it and you will catch everyone, even the repeat spectator off guard.

So those are my tips and suggestions to help you in this situation. Essentially though, if you perform with confidence and charm people will like you whatever you do.

I hope this helps, please let us know if there is anything else we can do for you.