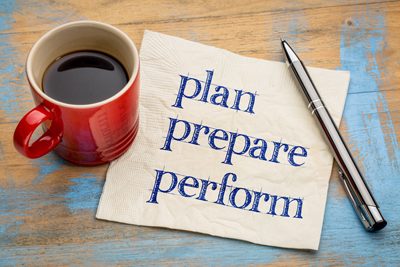 The belief that it’s OK to just learn the basics of a few magic tricks, then to go out right away and start performing for the public without any practice. It’s an attitude that magic shops have partly been responsible for. Magic Shops turn over new releases every day, they depend on a stream of magic enthusiasts eagerly buying new self working magic tricks all the time. The process of:

Perform once or twice,

It’s a cycle, with tricks being sold as consumer items to purchase, play with and perform to your friends in coffee shops or pubs a couple of times, then it’s back to shop again. This way of marketing magic as a ‘past time’ often to a young base of close-up magicians, is fine as a recreational activity, but it’s often packaged as a way of developing as a magician.

Let’s look at the pro’s and cons of this attitude:

1) Getting out to perform before you have mastered your material, means you don’t have to view yourself as a hobbyist. You can start calling yourself a ‘pro’ right away and charging people to see your magic.

2) The best real feedback, and an honest response come from the general public.

3) It’s hard to learn the fine tuning, timing and professional touches of a trick without live performance.

4) You’re never going to see these people again, so it doesn’t matter if you give a bad show, or that they think you are a terrible magician, or that ‘live’ magicians in general are not very good. You don’t have any duty or debt to represent magicians in general.  You can practice and walk away, so really there is no risk to you.

YOU ARE BETTER THAN THAT

Why it’s best to practice your material BEFORE performing to the public.

There is nothing wrong with enjoying magic as a hobby. Not everyone wants to go out and perform to the public. That’s fine, and for many people, it’s the best option for them to get the most out of magic. We don’t all need or want to be performers.

The danger of the amature is that:

The less you know, the less unsure you are , and the happier you are to appear a professional. ‘The foolish don’t not know that they do not know…’

It’s so easy to sit around playing with magic tricks with your friends, then decide to print some business cards, grab a few simple magic tricks, and to get out and call yourself a magician. Often the result, unless your real skill is a dynamic, interesting personality (Which is something you HAVE mastered over time) is that you will present your magic, at very best, in an AVERAGE generic and unpolished way. There’s no WORK behind it. It’s generic, and can be copied by the next magician that visited the same magic shop as you..

Two roads diverged in a wood, and I—
I took the one less traveled by,
And that has made all the difference.

I’m often asked: How can I learn all the finer points of a trick before I’ve had experience?

Yes, I agree with magicians that say that you can only really learn the finer points of a presentation through performance. I find that too. However, that doesn’t mean a process of practice, rehearsal, and adjustment shouldn’t take place first. Practice has two main stages:

Many magicians who fail to develop the patter, eye-contact, gestures, and timing that a polished routine demands, have often skipped REHEARSE stage. That means they just go through the mechanics, but stops at the ‘acting’ part of the preparation. They find they freeze up when in-front of a live audience, or they forget their words etc. This freezing, also happens when magicians try to perform a trick they have not worked on, in a live busy environment.

Look at the rest of show business.. Plays, Movies, everything…  Look at the magicians that are successful: Dynamo, Derren Brown, Blaine, Copperfield.. You will find distinct, focused practice at the core of their work. Skill is developed, then their act is rehearsed and refined. ONLY then, will live performance continue the development. Doing less than that and you are like a cheap generic DJ that just presses start on a series of playlists. Anyone can do that… Don’t be just ANYONE.

Your first live performances CONTINUE your practice, rather than replace it.

You have responsibilities to everyone in magic

If you think you can perform half mastered tricks to the public, and that it doesn’t matter if you mess up, because you don’t know the people. Think about the impression you leave. You might not see those people again, but they WILL remember YOU. They will also tell their friends about you. That’s called reputation. Don’t build a bad reputation first, then work to fix it…

You set your audience’s expectations for future close-up magicians. Don’t be the embarrassing guy that just turns up and does some fumbled, unpolished magic.. Be the magician and really impress them with THE BEST YOU CAN DO.

I would no more recommend that at musician pick up a guitar in a bar, and play songs badly all night, than I would suggest that a close-up magician practice new material to the public without the work they should put in PREPARING their material and performance.  Think about the impression you are giving and how you represent the magic community.

How can you know when you are ready to become a magician for hire?