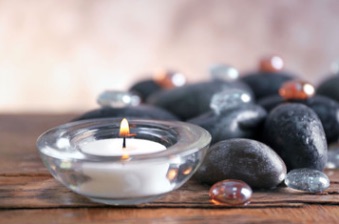 Arthur writes: So my question is: How do I set the atmosphere to “magic is an art, enjoy” and not to “I bet you can’t catch me”?

This is a GREAT question. In fact, I’ve been waiting for an excuse to write about it for absolutely ages. When you are performing magic, the last thing you want is for the audience to believe they’re in some kind of conflict with you. Magic shouldn’t be an ‘I win by fooling you, you lose by being fooled’ situation. Instead, it should be a ‘win-win!’ situation for both the spectators and magician. But how do we get to this good atmosphere for magic?

I’m going to try to explain the answer to this question in three easy to understand steps. To help with this, I’m going to use a definition from Darwin Ortiz’ thoughts on this very question (which you can find in his book, Strong Magic).

Ortiz would define the ‘I bet you can’t catch me’ atmosphere as the CHALLENGE atmosphere, in which the magician is challenging the audience to a battle of wits. This is what we want to avoid.

So, here are the steps…

1. Don’t Use ‘Challenge’ Vocabulary In Your Acts

4. Stop Reminding Your Audience That It’s A Trick!

1. Don’t Use ‘Challenge’ Phrases In Your Acts

This is a pretty simple one but we need to get it out of the way.

If you’re trying to present an effect and you want to avoid creating this challenge scenario, then don’t use ‘challenge’ phrases.

For example, within a routine we might be tempted to say…

We vanish it, and say…

‘Did you see it? No? Then I guess you weren’t watching close enough!’

Can you see how a phrase like this immediately creates a ‘challenge’ in the mind of the spectator. Now they’re really going to be watching you close, and just waiting for you to mess up. This isn’t good for you or them!

Now I know that was an obvious example, and not many of us will realistically be guilty of it. But the same thing can happen without our noticing; only on a much smaller scale.

For example, what if we vanished a card and then said…

This isn’t a blatant challenge like the phrase above, but it could easily be read as one by your audience. Now they’re determined that next time, they ARE going to see it.

You need to be really careful that you avoid all use of confrontational language like this within your routines! This shouldn’t be a big problem for most of you, but it can sometimes slip through the net. 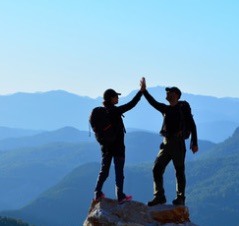 There’s a reason the challenge attitude doesn’t end well for both the magician and the spectators. When the audience feel like the magician is fooling them to prove how much ‘better’ he is than them, they aren’t going to be happy.

You want your audience to feel comfortable around you, and that they are EQUALS within the trick. If they feel like you respect them and are treating them as equals, they won’t care about ‘challenging’ you. There’s no need!

But if your audience feels like you don’t respect them, they suddenly have a point to prove to you. How do they prove that they’re your equal to you?

Why, by figuring out your trick! Which immediately sets them into the ‘challenge’ mindset; the very thing we wanted to avoid.

There’s nothing wrong with using tricks that seem to have a ‘challenge’ element to them. It’s ALL about the attitude that you present them with.

For example, the three card monte.

Plenty of magicians can use this trick without their audience falling into the ‘challenge’ mindset. It’s one of the classic magicians subtitles never explained in magic tricks instructions..

This goes back to the previous point we made; if the audience feels like you’re on their side, they won’t want to challenge you. There are plenty of magicians who present the three card monte as a challenge; but they do it in a friendly way and with an attitude that communicates the fact that they would rather just have a good time with their audience than necessarily ‘fool’ them.

Bill Malone is a great example of a magician who presents challenging tricks but does it with such a friendly manner that his audience loves it! I would definitely advise watching his material to get a feel for how you can create a similar atmosphere for magic.

4. Stop Reminding Your Audience That It’s A Trick!

How do you avoid reminding the audience that they’re watching a trick? 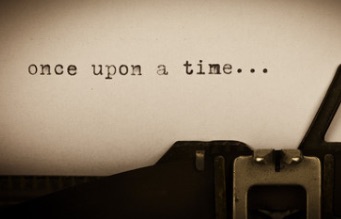 I think one of the best ways of doing this is by telling a great story.

Everybody loves stories; it’s a great way of gripping your audience and taking them out of the ‘trick’ and into an ‘effect’. Even silly stories or nonsensical stories have a similar effect on your audience.

Do these tips make sense? Feel free to get in touch if you still have any questions!

READ THIS NEXT:  How to stand out as a magician