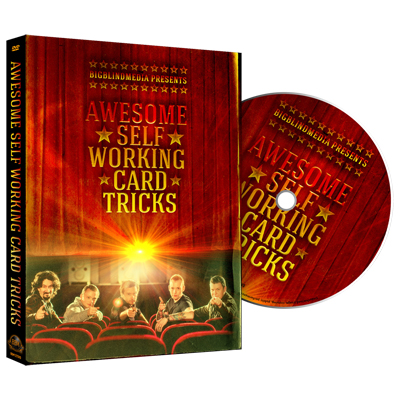 Awesome Self Working Card Tricks has now been released. Prepare to learn some of the most powerful and useable card tricks EVER INVENTED!

Now you can learn how to do 'Further Than That' free of charge with this totally free taster trial for the DVD. Here's the performance:


No commitment, no payment details required… Just try out one of the tricks from the DVD and see if it's right for you!

'Just finished watching this. So many great effects and most fooled me bad, both of the Wayne Dobson effects were worth it for me. ' – Ryan Schlutz
'This collection of effects is absolutely the creme de la creme of self workers and all completely aimed at the professional working pro. Equally, it has earned it's place as one of my top five of my DVD collection. I enjoyed it that much and more importantly, the value in this DVD is incredible and at least three of these effects will stay with me for my entire working career! I give this my highest recommendation! Go out and grab a copy! You will not be disappointed! – Jamie Daws 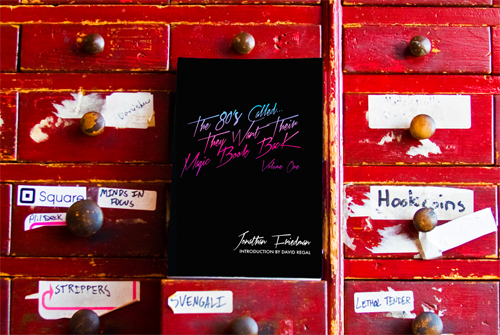 Free Magic Tricks eBook: The 80's called, they want their magic book back

The 80's Called…They Want Their Magic Book Back" – Volume One, has been getting rave reviews within the magic community. With an introduction by David Regal, it is the first of a two-part series featuring 22 incredible effects and highly entertaining presentations from the slightly off-kilter mind of Jonathan Friedman

Now you can download a free 27 page special edition teaching you some of free magic tricks from the main book. 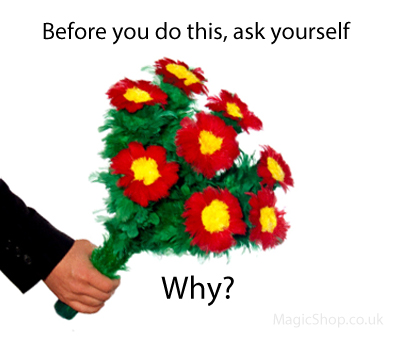 Have you noticed that many magicians perform magic tricks that don't make sense? Why would someone turn a red card box into a blue card box, push a coin inside a bottle, or produce a load of silks out of thin air?


Many props that magicians use, only exist because they are used by magicians. Strange fake flowers that appear out of nowhere or little red balls that multiply in the spectator's hands. More often than not, no explanation or justification is given for these strange objects existence other than as a tool for something odd to happen.

If you use magician's props that are unusual or obviously a 'magician only' device, your audience will be interested in it for its own sake. This can be a problem if it causes your audience to focus on the props rather than the magic you perform with them. If you are not careful, the audience switches from experiencing the magic, to watching a 'puzzle', as they attribute the magic to the props you use. That doesn't mean they don't enjoy it, only that the magic is seen to come from the props rather than the performer on an unconscious level. It's a subtle change in perception in the same way that a film going audience can end up paying more attention to the impressive special effects in a film rather than the actors.

The magical box's or equipment you use should not be the star of the show. If you do use a strange prop, keep yourself and your presentation the centre of attention as much as possible. Don't hide behind your tools, leaning on them to amaze your audience. It's more important that they remember YOU more than the effects.

I've never liked the word 'wonder'. To me, the word means to 'puzzle over'. A person wonders how the trick is done.

The goal of your performance is that the audience experience something impossible and be amazed, rather than to be presented with a series of puzzles to work out. You want them to be surprised, spellbound, and emotionally captured. The impossible events they witnessed should be from 'magic' and that's where the entertainment should come from. If you perform with a series of obvious props, you risk the audience switching from amazement to simply wondering how the trick was done.

Puzzles are still fun, and many successful magicians only present tricks in this way, but it's possible to take almost any trick and adjust the way you present it, so that it stops inviting the audience to 'wonder' about its method. When a trick is performed in this way, it becomes more like theatre and art.

How to justify your magicians props

If you are going to use a strange prop, justify why it's being used through your presentation and storytelling. If it's not clear why a prop is there, your audience may assume it's there because IT is how the magic trick is done.

What possible reason is there for anyone to even use one sponge ball, let alone a whole hand full of them..? Why are they made of sponge in the first place? Can you think of a justification for using them in your magic act?

"Have you noticed that you don't see many clowns these days? They used to be everywhere! It's a little known fact that for years clowns have been hunted by magicians. It's a cruel blood sport, but so much fun. Look.. We take their noses as trophies.."

3 things you should ask yourself about your magicians props

Take a look at each magic trick you perform and ask yourself: