What are the best ways to vanish a ring?

To borrow an item from a spectator and perform something impossible with that item is immensely strong. With that knowledge, it would be a shame not to capitalize on it so we have listed below a list of our top 5 ways to vanish a borrowed ring. Just to be kind we have also listed a few pros and cons for each method.

This is the latest method to vanish a ring. Brought to you by Sans Minds Magic, Vanishing Ring is a very clever utility device. It is for all intents and purposes a ring box, just like you would get in a jewelry shop. However, this is no ordinary ring box! A spectator can place their ring inside the box, by themselves and close the lid by themselves, yet without opening the box and within a second you can steal that ring from the box to reproduce it however you like!

Ring Flight has been a standard in magic for decades. It is a self working vanish and magical reproduction of a borrowed ring. Most Ring Flights used to vanish a ring and it would reappear on a clip on a key wallet. Some cheaper versions still use this method. More recently, though versions of Ring Flight consist of the ring appearing on a key ring with your house keys and car key, giving Ring Flight a more modern edge.

Any Ring is a vanishing ring handkerchief by our friend Richard Sanders. It is based on the old ring inside hanky effect, but Any Ring has a twist. With Any Ring you can borrow… you got it, any ring! Older versions require you borrow a ring of a certain size, this limited you as a performer. This is not an issue with Any Ring as Richard Sanders very cleverly found a solution to this problem.

The TKO 2.0 is a vanishing gimmick that is not only very practical but also very magical. It allows you to ditch and retrieve items like rings and coins with ease, in short sleeves with no apparatus attached to the item. It looks like pure magic as you show a ring, turn your hand over to rub it on your other hand and instantly that ring is gone. Easily retrievable the TKO 2.0 is a definite ‘must check out’ if you haven’t already. 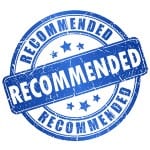 ‘I am looking for hold out devices that can hold items under a coat or table ready to secretly steal as part of a routine. These items could be anything from coins to balls, wine glass or even a wine bottle. Can you suggest anything?’ – Jason

We can certainly help, there are a number of hold out devices, I suppose it really depends on what you want as there isn’t one to cover all, but I will list a few and their uses for you now. 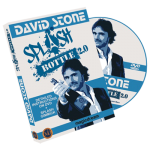 Splash 2.0 – This is the classic splash Bottle gimmick for producing wine bottles or similar. It comes with an excellent teaching video by David Stone who must have performed the classic splash bottle routine a gazillion times! If you want to produce a wine bottle this is my top recommendation. 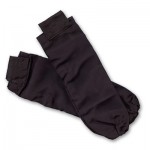 Ball Holders – This is a selection of ball holders, a couple of these are wire, they are more for manipulation balls, the cloth ball holder is obviously a bit more versatile in what it will hold. 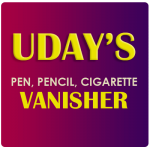 Vanisher – Hold out devices like the Vanisher will hold a pen like a Sharpie so that you can vanish your Sharpie whenever you want to. 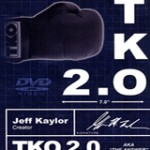 TKO 2.0 – This is a gimmick to be worn with a shirt but can be used to hold out items like gaffed playing cards, signed selections, coins or similar. You can use it to vanish items and perform some very perplexing magic with it too with the routines included. 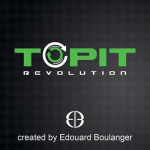 Topit Revolution – A Topit is usually a vanishing tool but with the Topit Revolution you can now reproduce vanished items so you have one of the most versatile hold out devices on the market.

These would be our top suggestions for hold out devices to help hide items for producing and vanishing to enhance your routines.

This year started with a huge bang for card magicians, with the release of Cold Case by Greg Wilson. The special device that allows you to switch two decks of cards right under the noise of your audience during walk-around, or close up, has gone viral.. Stocks sold out worldwide before the item even shipped. Now several thousand magicians have entered a waiting list to get their hands on the second batch. What’s all the fuss about? Watch this video:

Why would you use Cold Case? To get from a shuffled to a stacked deck in seconds!

The precision crafted gimmick is metal and the build quality is first class. The streaming tuition that teaches 10 original magic tricks. If you use any kind of stacked or set up deck in your magic, you can instantly clean it up for a regular deck, or start with a regular deck that’s been inspected and shuffled, then bring in your special deck as required.

Here’s what Greg Wilson has to say about the release and some of the questions that have been asked by magicians:

‘Hey Everyone, Now that the holiday dust has settled, I’ll jump into the new year head first by addressing all the questions and comments about Cold Case by Greg Wilson.

First, thanks so much for the initial response before even seeing it.

Regarding the compliments on the beautiful packaging and masterful promo trailer, I get NONE of the credit whatsoever. My only contribution was to get out of the way and let the Murphy’s team, led by Jason Brumbalow, do what they do best.

Regarding the construction of the gimmick, it’s made of metal and very sturdy, which will easily last a lifetime — unless you’re the Buck Twins who will probably wear it out in less than a year. I kid. Even they are no match for its maximum durability. That said, the case and flap itself will wear out in a few months with repeated use, but that is easily replaced with your favourite box design. I should also mention that the gimmick is precision-measured to accommodate a few more than 52 cards to execute the secret move with ample room. And, best of all, there are numerous ways to do the switch, most of which are completely imperceptible while staring at the deck.

Regarding the routines, there are oh so many! I offer TEN new and original ideas from my brainstorm buddies that only scratch the surface of its potential. Each audience-tested routine is full and complete with a beginning, middle and end — not just a bunch of abbreviated quickies. Using this secret weapon for your Mem Deck alone is worth the price of admission. Someone, as I recall, suggested an Out of This World. After the spectator shuffles the deck thoroughly, can you say miracle?!

To be more specific, there are spectacular poker deals to make you look like a genuine card expert that only require the one switch. My favorite is the Ten Card Poker Deal with a very natural way to get into the routine from a shuffled deck. Plus, the secret move is done when everyone is “asleep at the switch” since it happens after the first deal and when everyone thinks the trick is over. You could switch one elephant for another at this point and it would go completely unnoticed. Well, okay, two baby elephants.

I also love to use Cold Case by Greg Wilson for a story pack, which is how and why this device was invented way back in 1993. My favorite version was called Night At The Improv, by Eric Mead, from Magical Arts Journal that I first read in 1988. I made up my own story but did it Eric’s way for a few years with a false shuffle. That said, I dreamed of performing this with a deck switch after the cards were thoroughly shuffled. No deck switches suited my needs, unfortunately, until I saw Chuck Leach’s Deck Shell in Hollywood Magic in about 1992. Regrettably, it just sat on one of the shelves lifelessly since there were no written or video instructions. It took about a year of rumination to modify and evolve the gimmick into the current Cold Case design you see now. In the beginning, I only used the cardboard case that came with my Bicycles. I was frankly too lazy and incompetent to make up a precision metal gimmick, since I can’t even make a Popsicle stick house without help from my illusion-builder friends.

To reinforce the impact of this trick, I’ve often used the story pack to close my private party and 1,500-seat cruise ship shows over the last 20 years. My story is not included here, but there are SO MANY that are currently available.

Regarding any concern that this gimmick will take up too much pocket space, well, that’s the decision we have to make for EVERY trick selection. For me, the effect to real estate ratio is well worth the inconvenience of carrying an extra deck — even without a jacket — just by using my back pocket. A cold deck can produce some mighty earth-shattering brain busters! It’s all about right place, right time.

To put a finer point on this, Bill Hegbli suggested or surmised that this switch cannot be easily used for table hopping or strolling. I politely beg to differ and say that it’s perfect for these conditions. If carrying two deck does not fit your repertoire then, yes, Cold Case is not for you. But, if you’re ready to do some pasteboard miracles, I would sacrifice the extra pocket space and enjoy the sure-fire applause and admiration. And, no, you do not need to carry a big bulky close-up case with you.

Regarding left-handers, I’m not sure this can be done unless you make the necessary adjustment.

Regarding a similar device called Vodka, I became aware of this only recently and got a chance to look at it. As Dominic Reyes explains, it’s thick plastic and has three sides instead two sides, like Cold Case by Greg Wilson. Its the two sides that allow for easier access and the John Kennedy flap idea makes everything more “dynamically deceptive.” In my humble opinion, it’s not as streamlined or versatile as Cold Case, but the originator handles his device quite capably.

I should also mention that I got a last-minute phone call from Daniel Madison a few days ago and he told me about his deck switch called Fracture that also uses two sides, but no metal, with a different way to do the switch. In fact, I have to admit that his switch is as good, if not better, than any of the 4 or 5 switches that I offer on the video. It’s stunningly imperceptible even when staring at the right or wrong moment! And, best of all, he graciously allowed me to include it on the streaming video which makes for a nice addition right at the finish line of production!

If you got this far, I hope my long-winded rambling proves to be helpful.’