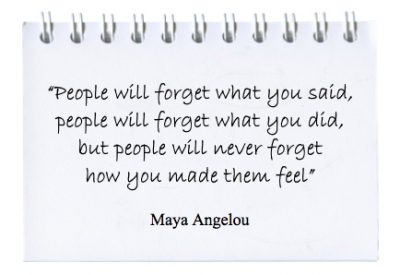 Another event, party, product launch, wedding or trade show. Good food, friends and entertainment all around and there’s a magician too!

“Did you see the magician? He was amazing! How on earth did he get my money inside an egg? Anyway.. about that project we need to work on next Wednesday….”

That’s it, that’s the sum of all the hard work most magicians produce after leaving a table. A chat about how good the magician was and how impossible the magic tricks were. Then it’s yesterdays news and life goes on.  Why is that?

Let’s look at what was said in detail:

“Did you see the magician…”

Chances are your spectators will not remember your name just a few minutes after seeing you do something impossible they have never seen before. Let’s face it, who you are is completely overshadowed by what you did. The spectators know it was a magic trick, after all you were actually there as a magician professionally trained to fool them. The trick was great, but it’s ‘only’ entertainment. It has very little ‘meaning’ to the spectator other than a few minutes of fun in the whole context of their evening. The credit for it, in their minds is passed onto the event rather than you. ‘Wow, that party last night was amazing, did you see the magician?” The party gets the credit.

Great job, well done! We all love hearing that, especially when we overhear it as we leave a room, or walk part a door and a table is talking about what they just saw. Wouldn’t it be better if they were using your name and talking about more than just how skilled you were? How can you connect at a deeper level than simply a review of your ability?

“How on earth did he get my money inside an egg?…”

The magic trick worked and they were fooled. Another good job. But wait, they are saying that they couldn’t work out the method you used. Essentially reducing what they saw to a puzzle and a question. They are not  saying “I wonder if he could make money appear wherever he likes” or “If I could do that, I’d use that power to make a million pounds appear” They are trying to think up a solution to a problem you have given them.

“Anyway.. About that project we need to work on next Wednesday….”

That’s it… On to the next thing to entertain them, or the next discussion, the course of the meal or a trip to the bar. The rest of the evening rolls on, and your magic tricks form only a small part of that nights fun. If you are wise, you handed out business cards as much as possible, and some of the guests will have events being planned and took a card. But the majority of guests will not remember you personally.

A few ways you can make people care about your magic tricks:
(I’ll leave the best one until last)

1) Use your name at the beginning and end of the ‘act’. Remember how Paul Daniels used to get spectators to say “yes, Paul” all though his routines. That’s not just for the comedy value, but a deliberate yet subtle technique of repetition to make them remember his name. Check out Bill Malone‘s method, He gets everyone to chant “BILL..MA..LONE, BILL..MA..LONE” over and over again. Not so subtle at all but it’s funny and fits his style. Use your name often and also say their names as much a possible. Their name is one of the most important words they ever hear. You can make people care about your magic tricks, by linking it with something else that they already care about

Example: You ask a spectator to hold a sponge ball. You show another ball and vanish it, when the spectator opens their hand, they find your ball has appeared in their hand too! After the spectator calms down, ask her how she felt about it. She will say something like ‘wow, that felt so strange, it just appeared.. etc’. The the rest of the table will enjoy watching this, just like audiences love the ‘David Blaine‘ style spectator interviews on his specials.

You don’t need to turn the rest of the act into a discussion, but you will find a lot of the table do have questions they love to ask you. You can give them some funny answers and use that to lead into your next trick.

3) Don’t just be ‘The Magician’. People don’t care about tricks, they care about people. Make yourself more than just a member of staff at the event. If you have watched the Dynamo Magician Impossible TV series, you probably noticed that the framework for the show focuses on his back story. It’s about his friends, his family, where he grew up and even about his skeptical gran. That’s not filler. It’s designed to make you engage with him as a person and like him. Understanding who he is, gives him more emotional weight. His tricks fool you, but you also feel you know him as a person and he is so much more memorable because of this. This is one of the main reasons X-Factor became so popular and people love the audition shows. The back stories hook you to a particular performer and that leads you to support them through the finals.

You can do this by introducing magic tricks into your set that give your spectators an insight into you and your past. Introduce a trick as the one you had to learn to become a magician, and tell a back story about it. Build in some information about how you discovered magic and why you do it.
A good example of this sort of routine is the magic trick ChildsPlay. It uses a photograph of one of your family members to reveal a chosen playing card. The routine leads perfectly into telling the audience something about you as a person. If they care about you, they will love your magic so much more and you will be remembered long after the event has been forgotten.

Let them care about you.

If you want people to care about your magic tricks, remember this: People remember things they care about. If you give your audience a back story you help remove the faceless roll of ‘Magician’. Knowing about a person makes you care about that person. There’s no need to add your whole life story to your show, but if you look at the tricks you currently do, is there something you could add to give some information about yourself to the audience? Play with this and see if it helps you become more memorable.

Please let us know your thought on this and any advice you would like to share in the comments section below: