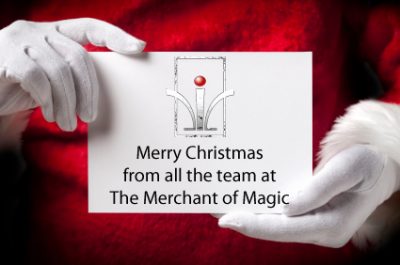 OK. That’s it! The last mail collection before Christmas has  left. Time for us to close the shop until we reopen again after the holiday.

A huge thank you to everyone who has used the magic shop this year and helped it grow. We are honored and humbled by all the support and great magicians who are pushing us forward.

Have a wonderful Christmas everyone and we hope you all get exactly what you were hoping for from Father Christmas!

This yound magician claims he can shrink their car. It doesn’t work, the victim has a good laugh because the kid is cute and then goes to buy some beer in the corner store. While the victim is gone, the magician, his friend the hot dog man and three driving minions hide the car cleverly and replace it with a mini car. When the victims come back, their car is gone and they wonder how that little kid managed to steal it. 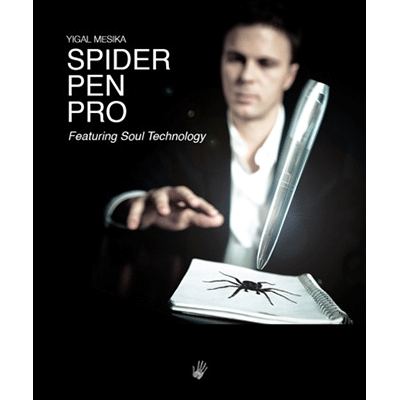 Just had news in that the new SPIDER PEN PRO is now available to pre-order. Due in May 2012 ( we will keep you updated when we get the exact launch date), This is going to be a huge release.

Following on from Mesika’s blockbuster release, SPIDER PEN, the pro version adds a ton of new features and possibilities.

Here’s what the critics are saying:

“This raises the bar of levitation!”
– Richard Kaufman, Genii, The Conjurors’ Magazine

“It’s hard to imagine so much efficient ingenuity in such a small space. Yigal’s Spider Pen Pro is absolute perfection. And it produces absolute miracles.”
– Jim Steinmeyer

“Yigal Mesika has done it again. The Spider Pen Pro will prove a boon to the art of levitation. Always ready. Always under your control. It’s positively supernatural.”
– Luis De Matos

“Your handlings on the Floating Bill are the best I’ve seen – they look like real live Hollywood special effects!”
– John Kennedy

We are now taking pre-orders  as the first batch is expected to sell out very fast. The rotations on the straw and note are insane!
Read more about the new SPIDER PEN PRO