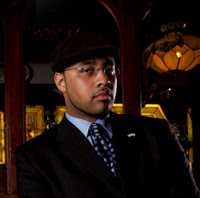 Professional magician Eric Jones recorded this short video for The Merchant of Magic, in which he revealed a valuable secret to becoming a better magician. He told us about something that he wished had been different, when he started out learning his magic tricks.
When you perform your magic tricks, do you ever worry about being caught out and the magic tricks secret being revealed?

For many magicians, their worst fear is that they may have accidentally flashed or revealed a move, forget an important misdirection point, or inadvertently telegraph a sleight. In that moment,  the magic trick has failed. The magician is busted, his secret revealed, and everyone knows it. Is that really the worst thing that could happen?

Eric Jones understands that magic practice is often motivated by fear. Once you go through the process of learning the moves, timing and presentation for your magic tricks, you start a much longer, and painful process of building up confidence in your performances and techniques.

You continue practicing the magic tricks with a critical obsession for detail far above the level of perception that your spectators will give the performance. That’s a good thing, as long as it does not prevent you from performing. Without live performance being part of the process of mastering a magic trick, you won’t gain a full understanding of the dynamics and social aspects of the magic tricks. You need to test out your magic tricks on live spectators.

Building up confidence requires testing your magic tricks with live spectators. Eric Jones recommends that you watch their reactions and learn from their feedback. The more feedback you get, the more you can adjust your technique and presentation. However, the feedback must be honest.

Getting honest feedback is harder than you would think. Your family and friends care about you, and don’t want to hurt your feelings. They know how much time and attention you put into your magic tricks and how important they are to you. Because they love you, they don’t want to hurt your feelings, so will often tell you what they think you want to hear. They are forgiving if you have accidentally revealed a secret techniques, and because they like you already, they don’t need to be won over by your personality. This makes it very hard to get REAL honest feedback from them.

Even professional magicians find getting feedback from ‘strangers’ hard. People, on the whole, are polite and easy going. They feel embarrassed if a magic trick does not go right, and they are unlikely to point out details. They want to be entertained and for your magic to work. Some people who give you feedback may be drunk, be motivated by wanting the groups attention, or simply wanting to be funny. Knowing how to filter the real constructive feedback from the ‘noise’ can be a challenge.

Regardless of who gives you feedback, there is another element that needs to happen from time to time, for feedback to be the most constructive. It’s uncomfortable, but magicians benefit from:

Every magician gets caught out every now and then, when it comes to live performance. A spectator may catch a flash of a coin, the corner of a card that’s in palm or simply reverse engineer the magic trick in the middle of a performance. The more experienced the magician, the less that happens, but it still does for everyone, now and then.

Professional magicians worry about being caught out far less than beginners. Not just because they are more experienced with the mechanics of the magic tricks, but because they understand that it is inevitable and will not ruin everything.

If a flash happens, only one or two people may catch it. Most people won’t say anything, and the magic moves on quickly to another climax point and the ‘flash’ is forgotten. They may see something odd, but it does not expose the whole method, so the magic trick can still entertain them.

Magic is interesting, and that’s it’s most important ‘feature’. Being entertaining is far more important than your technical skills. Technique should be perfected, and your skills developed to become the best they can be, but audiences are much more forgiving that magicians think. Your audience will be happy as it is being entertained. The danger comes from your act being dry and boring. Then, you are only holding the audience’s attention through your technical skills. If they fail, the audience is left with nothing, so the entertainment factor can only come from reacting to your mistakes. If this is happening to you, then you need to work on making your act entertaining, and interesting FIRST, then move on to sharpen your technique.

How to learn coin tricks

Things to do when your magic tricks go wrong

An Extension of Me by Magician Eric Jones

Found this useful? Please take a moment to share it with your friends: