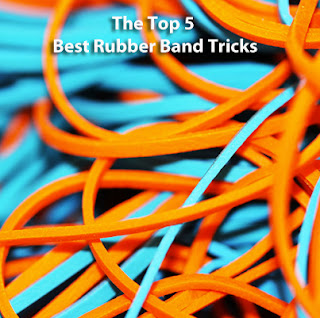 Rubber band tricks have always been popular with magicians. We are going to look at the top 5 best sources for learning magic tricks using rubber bands.

We will suggest the best teaching for general rubber band tricks and also the best method for performing the linking rubber bands trick.

Being able to perform magic with an ordinary object is powerful. The practical advantages of being able to wear a few rubber bands on your wrist, and being ready to perform anywhere at any time is a big draw to magicians. With the popularity of street magic in recent years, it’s never been a better time to learn a few rubber band tricks.

A rubber band trick called Crazy Man’s Handcuffs tends to get most magicians hooked on rubber band tricks. Crazy man’s handcuffs is the penetration of rubber bands stretched between the forefinger and thumb of each hand. Invented by Arthur Setterington and first in print in New Pentagram (May 1970) under the name “Getaway’.

Daryl came up with the name “The Crazy Man’s Handcuffs” and Michael Ammar released a booklet teaching the moves that became a best seller worldwide with magicians. Since then, rubber band magic has become more and more popular, with most close up magicians ensuring that they know at least one or two rubber band tricks.

Here are the best 5 sources for rubber band tricks currently available to magicians. We took several factors into account when choosing the best of the best list.

These are the 3 best sources for learning general rubber band tricks. Each gives a good grounding in technique and a wide range of tricks. 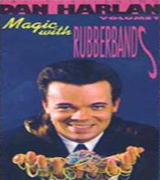 Dan Harlan is regarded as the king of rubber band tricks. He is credited with being the force behind the modern resurgence of rubber band magic tricks. Before Rubber band Volume 1, rubber band tricks tended to be presented as puzzles, or single tricks, Dan organized material into sections featuring complementary techniques to form fully developed rubber band tricks into professional, complete magic routines. There are more techniques, subtleties, even flourishes on these DVD’s than anyone could imagine. Dan gives a great way to have a balances and wide range of magic using the bands. 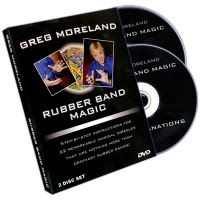 Greg Moreland has a great reputation as a magic teacher, and his DVD on rubber band tricks is a great example of this skill. Greg guides you through the techniques in a way that makes learning to handle the bands much easier than you think. The DVD teaches 22 rubber band tricks and features Concise, easy to follow instructions, live footage of the tricks in action, and performance tips. 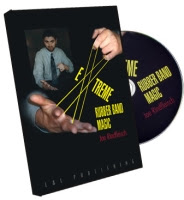 For magicians who don’t shy away from hard work, Joe Rindfleisch has released a collection of rubber band tricks  that takes it one step further. As well as the classic penetrations and broken band restorations, Joe presents advanced mini-acts for close up magicians. This DVD makes a good ‘next step, after you have mastered the core techniques in band magic. 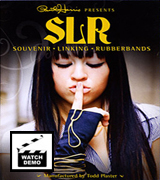 Gimmicked Version – The Paul Harris Presents label goes hand in hand with high production values and useable material. SLR teaches gimmicked versions of the linking rubber bands tricks. It requires specially gimmicked rubber bands, which may put off many magicians, but the ability to hand out the linked rubber bands at the end of the trick, makes the downside worth living with. Very visual and once the technique has been worked on, it’s quick and easy to perform. 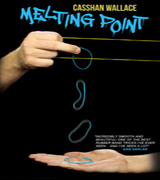 Impromptu Version – Casshan Wallace has brought some very clever thinking to the classic Crazy Man’s Handcuffs rubber band magic trick. This is the best looking linking rubber bands trick we have ever seen, and being impromptu, using normal bands, we think it’s the best choice. Just seeing melting point in action will convince you of how much of an improvement Casshan has contributed to the linking rubber bands.

Which do the Merchant of Magic Recommend?

When magicians as us to give an opinion on the best source for learning general rubber band tricks, we suggest Greg Moreland’s DVD set. If a magician asks about learning the linking rubber bands, we point them to Melting Point by Casshan Wallace.