Magic world records – Magician Martin Rees sets a new world record for the Most Amount of Magic Tricks Performed on a Skydive!

Magic world records don’t come around very often, over the past months magician Martin Rees has been working hard behind the scenes to set a new magic world record with Guinness World Records.

It’s not every day that magic world records are set, especially ones that are so exhilirating! Martin Rees’s magic world record is a Magic Skydive World Record! The most amount of magic tricks performed on a skydive!

The Merchant of Magic – www.magicshop.co.uk have been very happy to help out Martin consulting with him and advising him throughout his preparations for the magic world record. We helped Martin select certain magic tricks that fit his needs and helped work through some of the troubles Martin has faced with performing magic at terminal velocity! 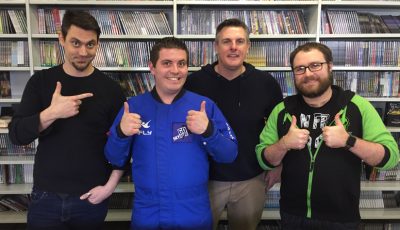 We are proud to say that not only did Martin set the world record he intended on setting, but he also set a world record that he never knew he was going to set! Martin is now also the world record holder for most amount of magic tricks performed in 3 minutes in an indoor Skydiving Arena!

The Merchant of Magic caught up with Martin and recorded an interview where he shares some of the trials and tribulations of his Magic Skydive World Record. So grab a cup of tea, sit down and have a listen to Martin’s great, inspiring story.