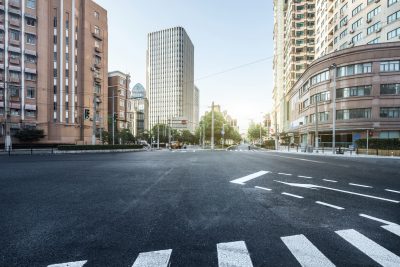 A. Kates writes: I have learned a lot of different street magic tricks, but I don’t really know how to go up to someone on the street without it maybe seems a little strange could you please try to give me any advice.

Hi, It’s great to see the energy and passion you have your magic, and that you are ready and willing to move beyond just practice, and start performing. But is this ‘street magic’ approach the best for you?

Let’s look at what this style of street magic really is:

Street magic is a relatively recent style of magic which involves a magician performing a single trick or two in a public space (such as on the street) for an unpaying audience. It’s often presented as a “hit and run” style of magic, come across as being impromptu, unrehearsed, and off the cuff.

Street magic will always be associated with David Blaine, who was the magician to popularize the term. It became popular in 1997 when David Blaine: Street Magic aired on TV worldwide. Since then it tends to mainly be used a few well known magicians who perform in this style on TV, YouTubers, and magic creators, and dealers that market magic tricks to amateurs who watch these programs.

Personally, I don’t think performing ‘street magic’ is a good idea. It’s OK on a TV show, but walking up to people on the street can often be viewed as just hassling people…

“On one level, it’s the ultimate trivialization of magic: accosting strangers on the street.” Eugene Burger

What do you want from your street magic?

If you want to perform ‘street magic’, as in magic on the streets with no venue..  Build an act and do a ‘show’ on the street in a busking area or spot.

If you want to just perform for the public for fun/free, maybe to help develop your confidence in approaching strangers, Then a local pub/cafe would be a better place (with the owners permission) In public venue or meeting place, your audience will have come there to socialize and be entertained. On the street, people are generally going somewhere and don’t generally want to be stopped.

Here’s some advice on street magic from other magicians:

When you see street magic by David Blaine, or street magic by Dynamo etc, It might look impromptu, and the magic very much can me but the spectators involved have agreed that they will be at the performance, they will be filmed etc. I’ve seen promising young magicians crushed by thinking they can just waltz up to someone in the street and perform. Start by getting a small group of friends/people who are interested then a crowd will gather as you perform. – Paul Bavill

I’ve been told Blaine had over 70 hours of footage of his first original street magic tv show. Of course all had to be cut down to 1 hour. So you can imagine the amount of “Nos” he got. People will always be on the defense. Street magic is the hardest kind. Because of this. A good tip is to go to your local discount store and pick up one of them I.D holders than has a strap that goes around your neck. You will come off a little more official and professional then to your spectators. And maybe go spend $20 on a plain t-shirt and get your name and some logo on it printed. – Graham Horgan

People are always going to be cautious when approaching them in the street. People don’t like to be approached by a complete stranger in the street, it’s just human nature. That’s why it’s better to do table magic or wedding magic. I wouldn’t feel comfortable approaching strangers in the street myself. – Steven Holt

What I do quite a lot now is, hold a pack of cards in front of them and say ” put a card in your mind” That usually gets their attention….. And then.. I pull their shade card out of my pocket.. But any magician can do their own ending.. And by then, you’ve got them. – Lee McGrogan

Blaine & Dynamo street magic is not street magic. It’s tv magic with extras & edits . Street magic is someone finding a place to set up & generating a crowd & keeping them & doing something which makes them want to stay & hopefully hand over money – Mike Donoghue

The best way is probably just to ask. – Robert Tungate