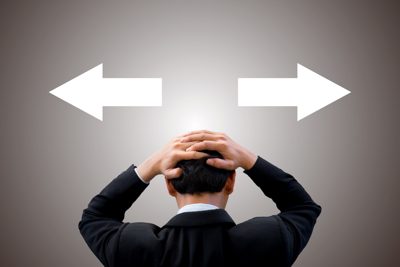 Hi guys, do you have any articles on which magic tricks professional magicians should use?

I’ve written quite a few articles over the years that talk about which magic tricks I use myself, or that are recommended by other working magicians… But I’ve not made a specific list of material for professionals. After reading your question, I thought about why I hadn’t published anything on the subject.. I think it’s because of one main reason:

Almost ANY magic trick can be great material for a working magician. It depends on the performer, venues, audience, and the style of the act/set. To decide if a trick is suitable, we have to consider lots of factors about the performer and the situation.

A magician might perform for any of these audiences and the magic tricks presented will be different in each case. It might be the case that you perform in several different environments and for a range of different clients. If so, then you will need to build together collections of effects into sets for each set of demands.

Lets assume that the magician does close-up, performing in venues like bars, restaurants, and parties. Now that’s been narrowed down… It’s easier to examine some of the core features of magic tricks that make them good for professional use.

Before I start to point out ways to narrow down your selection of material, I need to point out that any trick can be a winner for professional performance.. IF it’s been worked on so that weak or impractical parts are ironed out and the magician can perform it in an entertaining way. It’s more about the showmanship and entertainment value from the performer, than the trick itself.

Is the trick Interesting to people that don’t care about magic?

I know… It’s very strange, but most people in the world really don’t get excited about the idea of learning magic tricks.. They’re interested in being entertained and might want to find out the secret out of mild curiosity, but that’s about it. The fact that magic ‘reveal’ TV shows tend to get low ratings is proof of this. People want to be entertained by magic, rather than educated about it. Remember this when choosing which tricks to add to your set.

YOU ARE NOT THE SAME AS YOUR AUDIENCE. You might like a trick because of the method as much as the entertainment value of the effect. Its vital to pick tricks for their entertainment value above all else. When looking at new tricks try to put yourself into the mind of a none magician… Show a performance to a few none magicians and watch their reaction. If it’s entertaining and you think you could perform it well… it’s probably a great magic trick for professional use.

However.. Most tricks need some specific design aspects to make them easy and practical for working conditions:

The demands on material in close up conditions

So.. I put forward that ANY trick is a good choice for a professional IF it can be presented well. But there are some tricks that are much easier to perform professionally than others. These tend to be called ‘Workers’. There are a few features to look for when deciding if a new trick can be a worker. Most of these will already be designed into a trick before it comes to market, but a few will require some thought and effort from you to adapt your material to meet these needs. The most useful features include:

The most popular ‘workers’ for magicians

That’s why it’s hard to list which magic tricks are best for professional magicians. There are so many, and they depend a great deal on the individual performer and how they present the magic.

I could just list a few items that almost every working magician uses:

You can download a free tutorial for the Anniversary Waltz here

But… do you REALLY want to be a clone of everyone else?  Pick a few unusual effects that you enjoy watching being performed. Make them workers with your presentation and some effort to perform them. You only stand out by working away from the crowd…

The first steps to becoming a professional magician

The 3 Best Openers for magicians