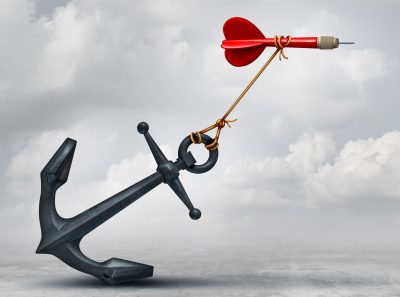 Do you find that your spectators seem to over scrutinize your magic performance? Do they insist on examining your props? Does your audience view your magic as a puzzle more than a piece of theatre?

Catch me if you can

Some magicians specifically build their persona around the challenge to catch out a magician. Slydini would warn his audience with the words “I’m a gun a fool you..” Then, with a wink and a smile, right under their eyes, he did just that.. He built his whole style around that persona and had the skills to back it up.  If that’s what you want.. Great.. It’s a fun style and very entertaining. However, if you find you seem to get a lot of ‘heat’ unintentionally.. Perhaps you unwittingly ask for it.

their role as a spectator is to try to ‘catch you out’.

Have you ever recorded your performance on video? You should.. Every magician should.. You’ll learn so much from that effort. One of the benefits is finding out if you are giving off the impression that you are challenging the audience to challenge you, that’s going to be the main reason for the level of scrutiny you receive.

It’s not a quiz

I do my coins across routine around 10-20 times a night, I often hear some very strange explanations as to how I am making the coins vanish and appear.  I’ve heard people say the coins are ‘magnetic’, that I use a stooge, or that I must have some sort of mechanical arm installed on myself! These theories are often quite serious.. But how should I react?

Here’s what I would never do: Go along with their invitation to prove them right or wrong.

The magic I perform is a show, not a quiz

Should I stop the show (It’s close up magic, but it’s still a show with all the structure that assumes) and strip off in a wild attempt to try to prove to them that this is not the answer to the puzzle?

I manage the audience and move things along. I stay on track.. Smiling and maybe saying something tongue in cheek like.’ You just need to believe..” With a big smile and then move right on to the next part of the SHOW. Remember.. It’s a  piece of theatre.. Control the flow. Keep it moving and use your audience management. Stay in control and start a new presentation. By doing that, the audience has to move on with you..

I do a 100 dollar bill switch. A spectator gives me a 10 bank note in the hope I will turn it into whatever note they want.. The 10 bank note is transformed into a 5 bank note.   The transformation is very magicial, but I don’t linger on it. I don’t want to make this a puzzle.. So I move it on handing the smaller note to the spectator, apologizing.. Then asking is anyone else has a 10 bank note I can try it with..

I have created a moment of very visual magic, and handed the note to a spectator. At that moment, I could just wait and let the spectator examine the smaller note, and try to ‘work out the puzzle’ but that’s not theatre… So I move it on with a small gag that I want someone else to give me a note, even though they now know what a mistake that would be.. The focus of attention is no longer the PUZZLE, it’s the situation and what will happen next.

Keep your audience’s attention on what will happen NEXT, not lingering on what just happened.

Look at the magic tricks you are currently performing and try to identify if there are ‘challenge points’ in the presentation. Are you presenting your magic tricks as puzzles or theatre? How could you introduce some story arc, or presentation to move that along and remove the focus on your method or prop. How can you give your audience something better to do in that moment?

I hope this helps you in some way.

Best wishes and good luck with your magic

Do you find that your spectators seem set on trying to catch out a magician? How do you deal with audiences taking over the show to challenge you? Let me know in the comments section below.