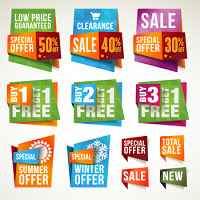 Magician Justin Miller has announced that he is dropping the price of his instant download magic tricks to almost cost price. Most of his back catalog of magic trick downloads are dropping down to £2.

Taking the example of Lewis C. K who recently released a comedy video online at $5, Justin hopes to gain a wider audience for his magic and aims to reduce download online piracy of his work.

There are many different opinions on copyright and piracy, and both sides have strong and weak points in their arguments.  However, we would say that dropping the price of a product won’t do much to discourage it. People that are comfortable using torrent sites to download for free will continue to do so. Their first port of call will always be their torrent search program. If someone doesn’t believe they should pay for another person’s work, then I’m not sure charging less will persuade them to change that behavior.

From our own experience, magic Ebooks and downloads that we sell for a couple of pounds get pirated just as often as more expensive products.

If a low price was a defense against piracy, than Apple and Amazon would have already tackled it by selling music downloads for under £1. Music piracy doesn’t seem to have been reduced by their low pricing.

A low price point on magic ebooks may also make sharing feel more ‘acceptable’ as the value of the work becomes low and the perceived unethical nature of the act of sharing for free is reduced.

Another argument for free or low price magic trick downloads and magic ebooks is that it will lead to more sales. This does seem to be the case for magic trick downloads that start off with a high price tag and then drop to almost cost price. However, the increase in sales tends to be short lived. It seems to be seen as a ‘sale’ and and opportunity to buy the magic downloads at a bargain price. Once the initial publicity of the price drop has faded, sales tend to level off to a normal level, but the lower price means that the creator of the magic trick doesn’t get a significant income stream from the product over time.  This can lead to:

When products have a low margin, their return often comes from the first few weeks of their release, as publicity and marketing for the product is taking place. Once that drops off, the income from the product fades. A constant stream of new magic tricks need to be released to continue a stream income stream to support the efforts of the artist/creator. This can lead to rushed, or half thought out projects going to market and being over hyped. Quality is far more important than quantity for a magic creator over the long term. A low price model focuses on quantity of sales rather than building up a catalog of quality work at a price that reflects the products value and the effort required to produce it.

Free and low price downloads and magic ebooks models work on sales volume. There is little or no margin for promotion and a low incentive for others to invest in adverting and marketing for each new release.

Creators that have already created a name for themselves through releasing premium products with standard profit margins have the advantage of customer awareness. They already have a reputation to bring in a level of sales needed for a near cost price model. Very talented magicians become noticed by the efforts of publishers to promote the magicians brand. Justin Miller became a household name in magic through his talents and awesome magic tricks, but also through the efforts of publishers such as Ellusionist and Paul Harris Presents, endorsing his work and investing in promotion, distribution and marketing. The publishers put a spotlight on his talents and introduced them to a huge magic audience.

Will a cost price model discourage publishers and marketers from helping new talented magicians get noticed? Does it work for well know (through the traditional business model) artists such as the Grateful dead or Lewis C.K, but leave up and coming creators products on their own in an ocean of other free or low price products? Word of mouth does work very well, but some mouths can shout louder than others.

Another popular argument is that giving away your work will bring in a large mailing list that can be offered additional products and services. This may work very well, but magic is a super small market, and may not have the volume of customers needed to make a list like this a viable model. Groupon is a fine example: Groupon is essentially a mailing list. They ran into problems because of the demographic of the list. They built a list of people that want something for free or at low cost. That was their main target audience. Many retailers that used Groupon found that customers responded to the ‘offer’ but didn’t tend to convert to other premium services the retailers offered them. Building a list based on attracting customers looking for bargains could have limited use. The members of the list want cheap or free magic and special offers. The list may not be as effective for future products that don’t match that price point.

Devaluing a back catalog is one thing, but what happens with new releases? Would they be advertised at a normal price and instantly reduced to cost?

How would a creator/artist convince customers that their future releases are worth anything more than cost price? Over time, the low price becomes associated with the brand and is expected. Higher price work would need a very good justification to warrant it’s ticket value.

We wish Justin Miller every success with his new pricing system. It will be interesting to see how it works out over the long term. Although we have concerns for him, and are not convinced that devaluing his back catalog is a wise move, we respect his intentions and his courage to give it a go.

Let us know your thoughts in the comments section below: