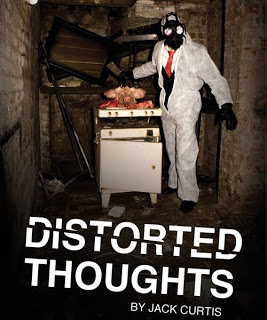 I always try to implement at least one of the following subtleties to make my performances that little bit more interesting:

1- Don’t call it a prediction.

It was Paul Brook that first planted this seed in my head, he said rather than explicitly referring to a prediction as a “prediction” call it “an idea”.

I really like this because it creates an air of mystery without spelling out that the contents are supposedly going to come true. Another effective alternative wording includes “In this envelope is an idea / observation / calculation / belief”

Use a prediction as a red herring. For most audiences, totally messing up is actually more surprising than if you were to get a prediction right! Why is this so? Because, as I mentioned earlier, by coming to watch you perform, they expect you to get it right. Although it may be more surprising, it certainly isn’t impressive, so you must proceed to floor them either immediately after, or turn the failure on its head later down the timeline of your performance.

This is a re-occurring phenomenon with multiple-out routines where the (appropriate) prediction is shown after the event has taken place. So long as the prediction is revealed in a justifiable manner, this is a nice way of showing that you knew how the participant would behave without them second guessing what’s coming.

The above subtleties are certainly not always necessary, sometimes it’s great when a spectator strongly suspects you are going to be correct only to turn over a prediction to have their suspicions confirmed.