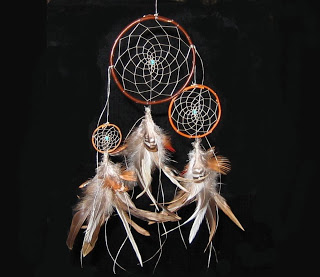 It’s truly an amazing feeling when you witness the wonder in someone’s eyes after you’ve blown them away by bending something or pulling a thought right out of their head. The key is to create a truly compelling demonstration is belief.

Mentalists, use their knowledge of deceptive techniques to make something real that is really just make believe.  Looking at the basic meaning of belief, as provided by my good friend Google, we can break down what makes up this feeling so we can create prosthetic elements to induce this emotion.

1. An acceptance that a statement is true or that something exists.

2. Something one accepts as true or real; a firmly held opinion or conviction.

To create a feeling of belief, we must create  acceptance of what we are doing is real or at least possible before we even begin.  We then need to work within the guidelines of what we have proposed to achieve what we’ve set out to do in the supposed way we’ve claimed we can do it.

To give an example, a lot of mind readers these days take a psychological approach. If you want your audience to believe that what you’re doing is based purely on your understanding of the human mind, you shouldn’t hold your fingertips to a participants third eyes to pull the thoughts out of their mind, it’s not in line with what you have proposed so therefore will shatter any belief your audience could have potentially gotten from your demonstration.

For a psychological mind reader, it would be in line to have someone write some initials down so that it’s committed to memory and then to say the alphabet and look at their eye movement to indicate what letters they have in mind. A knowledge of basic eye accessing cues would help here.

“You’re eyes flickered down and to the left there, which suggests to me that the first letter is an ‘A’ correct?”

I often see mentalists and magicians who, whilst say they’re going to do one thing, make it blatantly obvious that they’re just doing a trick.

For some people this isn’t a problem, they might say that their audiences have no clue about sleight of hand or special gimmicks, or how one person might psychologically analyse another, much as tarot readings may actually done.

If you’re one of these people, when you’re designing your next effect, try genuinely doing the research on the subject you’re claiming to know all about, and build your script and choreography within those guidelines. You’ll see what a massive impact it makes on your reactions and you’ll never look back!

Another massive element to creating belief, once you’re happy with the content of your routine and what you’re claiming to do, is what you silently suggest to your audience.

Kenton Knepper writes about the things he does when he’s about to bend metal. He takes off his rings, suggesting that he might bend any metal object that he comes in contact with during the expulsion of his bending energies.

This technique could also be applied to an array of different demonstrations. A card technician might remove his gloves and do hand stretches before his knuckle busting finale. It could be something as simple as a psychological mind reader asking a question to a participant about their life, to gain a better understanding of the person before supposedly delving into their minds and analyzing their behavioral patterns.

I wrote a series of essays on creating a more powerful performance through building a strong character, about using everything about you to create a very specific composite perception of your character. I think it’s very important to always bear these things in mind and it’s very applicable to mention here.

Does wearing your hair in a particular way affect people’s perception of you? How about the attire you wear, your jewelry, whether you write with a Bic biro in a tattered notebook or with a Mont Black on a leather bound portfolio.

Of course, all these things matter – In taking 30 minutes out of a single day, you can create a very solid profile of how you want people to see you and how to go about creating this character so that you don’t even need to say anything to get the idea across.

Phill Smith has some very interesting ideas on character and the premise in his books Mitox and Yokai, the entire series is definitely worth a read – I thoroughly enjoyed his ideas and effects. Some of his premise ideas are really outside the box. They show how, by following the guidelines of your character and of your proposed skill, you can create incredibly believable and compelling demonstrations.

Dee Christopher is a leading live venue mentalist. His books and DVD’s are studied worldwide, focusing on psychological Mentalism and techniques for magicians based on the fraudulent methods of psychics and mediums.

The Merchant of Magic store features his most popular magic tricks. For more information on the subject of this post, we recommend you read his book on the subject:  BELIEF