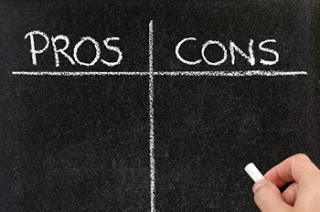 Ever wondered why you picked that magic trick? If you are like most people, you send a LOT of time browsing through the thousands of magic tricks on your favorite magic sites. You heard about a great new trick that has been released, or stumbled across it, and the demo of the trick really fooled you. Did you choose the trick mainly because you were entertained by the performance? Did you pick it because you can’t work out how it was done? Maybe you chose it because you instantly thought ‘That’s it! That’s the magic trick I’ve been searching for to complete my set’  If the only reason you picked it was because it fooled you, chances are it’s probably not the right trick to work on next. You need to choose your magic by more than just your ability to ‘work it out’.
Before you invest any more time on learning the trick, ask yourself the following three questions:

Will it fit my style?
Can I make it entertaining?
Where would it fit into my ‘set’ of tricks?

If the answer to these questions is positive, then it’s worth starting the process of learning the trick and building it into a working performance ready routine. Sometimes you may buy a trick just to find out how it works, but remember that is best looked upon as research rather than act building.

Why you picked that magic trick: Remember the feeling the demo/trailer gave you.

WARNING!  As soon as you open the trick you are no longer a spectator. When you find out its secret, the power of the trick to amaze you will go instantly. That feeling of being fooled, the mystery and excitement it gave you is over. What you have left are the possibilities that the trick can give you for amazing YOUR spectators.

It’s vital that you take a moment to remember how you felt before you knew the secret.

It sounds corny, but why not grab your phone and record or video yourself talking about the trick, before you know the secret. You want to have a reminder of the bafflement and excitement you feel. When you start the learning process, it’s very easy to forget this and lose faith in the effect and it’s ability to amaze people.

As you stare at the gimmicked card, or little magnet in the packet, it’s so easy to feel disappointment, but that’s a trap. The method has nothing to do with the feeling the trick gave you before you knew the secret. If those simple little gimmicks produced that feeling, they are incredible and worth solid gold to you.  If that feeling of disappointment hits you, just watch the video of yourself talking about the trick before you found out its secret. The power of the trick still had a hold on you. The simple little gimmick or most basic of  self working card tricks, can have just as much an impact as the most complex methods. They really do have that power when used on people that don’t know its secret. Don’t ever lose sight of that.

We would love to hear your tips and advice for choosing a magic trick. Tell us why you picked that magic trick you do most often.. Please add them to the comments section below: