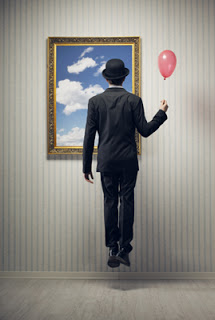 Last week, I performed with another magician who made a statement that surprised me. The magician was packing up to go home, and during the conversation he said ‘I don’t think people really believe in levitation tricks.’ All the way home, I was thinking about what he had said. Do people REALLY believe in levitation tricks? Does it matter if they do?

Maybe that question is a bit flippant, let me try to explain myself a bit better.

Should we really allow our opinion of our spectator’s beliefs get in the way of performing the magic we want to perform?

If you are like me, then you love many types of magic. However, when it comes to performing, you find that certain types of magic do not suit your persona, although you still wish you could perform them.

One example of this is that I do not perform levitation tricks as I feel they do not fit my style. I am lighthearted with my performance style and like to have fun with the spectators. Because of this I shy away from performing levitation tricks. I believe my persona will not allow me to perform a levitation trick and do it justice, to become all serious and float something would not fit with my persona. I do really believe that levitation tricks are extremely magical, and something most lay people expect us to be able to do. Regardless of whether the spectator really believes the item is floating on a cushion of air or not am I disappointing them by not showing them something this amazing and strange?

So I guess my question is:

Do I need to try to make them a believer, or can I just show them a competent and convincing levitation trick and leave it at that?

For example, I perform Ring Flight all of the time; I perform some convincers and have some amusing patter; I slow it down when it is needed and smack it home for the final reveal. It truly is an impossible feat, with no explanation and I feel at ease performing it again and again, in fact; I LOVE it! So why do I feel guilt when performing levitation tricks? Surely my audience doesn’t truly believe their ring just dematerialised whilst still in my hand, do they? Should I not be able to perform a levitation trick with that level of impossibility without guilt? What makes levitation tricks seem so unsuited to my style of performing?

Do the spectators care if they believe in what you are doing or not? Surely their belief is just their belief, and it doesn’t bother them as much as we think, their beliefs only bother us. Do we need to convert the beliefs of our spectators? Or can we just show them something that is weird and wonderful for fun?

I feel the only way to answer this question is to go out and try! Suck it up and see what happens! Maybe I will get reactions that are through the roof, or maybe I will find that levitation tricks do not suit my persona. It may be a horrible experience… I will only find out by trying!

What do you think about levitation tricks? Share your thoughts in the comments section below:

NEXT: The Most Common Magic Tricks Used at Weddings