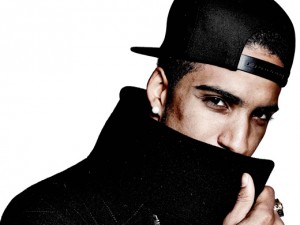 We have blogged about magician Troy already and shown a little preview of his magic from his new show Troy. We expect a lot of calls at the magic shop asking, ‘How does magician Troy do his magic tricks?!!?’ and for good reason too! We at the Merchant of Magic discuss what we can learn from watching TV magicians like Troy and Dynamo Magician Impossible.

Real name Troy Von Scheibner, Troy is the newest name in magic to hit the mainstream media, and we predict big things for this young talented magician! Just check out one of his new magic tricks here, in this little video Troy astonishes some people at his local barber’s.

Troy Aired on 11th February on the UK channel E4 Troy and caused ripples in the magic community and the general public! His smooth and casual demeanor allows him to shock his unsuspecting spectators with his own brand of magic tricks!

So, how does Troy do his magic tricks? Unfortunately, that is for Troy to know and all of us to wonder!

Whenever the team at The Merchant of Magic look at the magic being presented on TV instead of trying to replicate what we see we like to try to learn from it and gather inspiration. Instead of asking, how does Troy do his magic tricks? or how did Dynamo Magician Impossible put the phone in the bottle? we simply enjoy the feeling and try to tweak the magic tricks we already do. If we like the magic tricks we see we think about how to take the magic we know already and elevate it to that miracle status. For example if you perform coin magic tricks is it possible to use their coins instead? By taking an item from a spectator and using it to perform magic, it instantly elevates the magic to a higher status in the spectator’s mind. They know there is nothing set up with their item, check out items like Manoj Bottle and Hide and Seek for some great magic with borrowed items. Also by performing magic in the spectator’s hands it can elevate the level of magic perceived by the spectator, a great example of this is Garrett Thomas’ Imagination Coins.

The viewing public understands that magic on TV is utterly impossible, but with the correct presentation and understanding of magic you can make your spectator’s feel the same way with simpler tricks suited for live performance. By utilising props like Loops, PK Magnets and even something as simple as a Raven or Thumb Tip you can create miracles for people if presented correctly.

If you really wish to leave a lasting impression on your spectators with your magic tricks you must ask yourself this question, ‘If I could really do magic, how would I present it to people, what would it look like?’