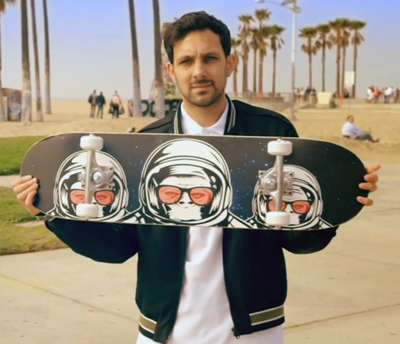 Season 4, the final installment of Dynamo Magician Impossible is here!

In true Dynamo style they have kept their cards close to their chest (pun intended!) and not revealed too much about what Dynamo will do. They have disclosed a few of things though:

1) This WILL be the LAST season of Dynamo Magician Impossible.

2) He will travel to Los Angeles, San Francisco, Paris even India before finishing the series in London and the North of England.

3) We know there will be a levitation above the Shard!

With reference to the controversial photo taken of Dynamo showing wires during the Shard levitation Dynamo had a few things to say:

'The picture was taken during the rehearsal of the levitation, it is not quite what it seems… All will be revealed' – Dynamo

So be sure to tune in to channel Watch on Thursday 4th September 2014 at 9pm to catch the first Episode of Season 4 Dynamo : Magicians Impossible.

We know we will be!