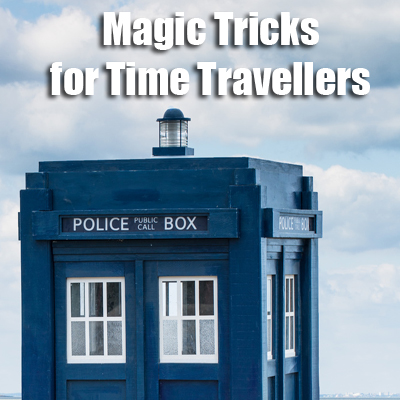 Greg asks: 'I'm doing a new magic show based on time travel, and wondered if you could suggest a time travel magic trick which may be suitable?'

HI Greg, You have a huge range of choices here. Remember that the magic trick itself doesn't have to be directly linked to time travel. It's the presentation you wrap around the magic trick that will make it fit in the theme for the show.

Here's some of our suggestions for a good time travel magic trick: 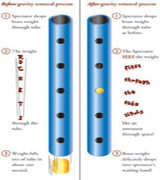 This little tube could be an excellent time travel magic trick. It allows you to show your ability to slow down time. A small weight falls down a tube, but you can make it fall in slow motion. Find out more about Newtons Nightmare here 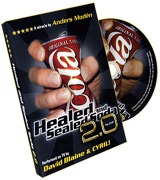 How about having a crushed can on a table throughout the show. At some point in the action, you make it go back in time by going back into shape and restoring to a point before it was opened. Find out more about healed and sealed here

We asked the Merchant of Magic Facebook group to give some more suggestions about time travel magic tricks. Here's some of their ideas:

Alex Elmsley "Between the palms". A prediction made at the start is shown to be a signed card which happened later. – Bob Yelland

I wouldnt worry about the tricks just get your patter and performance down and then work tricks you know around that. – Chris Curley

If you can put close up magic in the show, try "The trick that never was" by Paul Cummins. – Philip Bynorth

How about something like a torn and restored? Going back in time restores the paper? Similarly a vanish/production/change box (time machine) can turn apples into seeds, birds into eggs etc.  If you look for the time travel magic trick to match the theme you may struggle, try adapting a trick to fit the theme. – Good luck! – Jonathan Nicholson

More close up but I seem to remember a time travel card trick on Matthew Dowden's Party Animal. There's Timeless, which I believe can play well to a bigger audience. I think there was some watch and clock related effects on one of the iCandy dvds. – David Macpherson

Garden of the Strange has some cool stuff in it that could be geared towards time travel. – Ross William