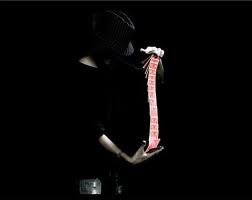 Flourishing with playing cards is becoming more and more popular. It’s those flashy, clever moves and tricks, many magicians build into their card trick routines. From basic cuts, shuffles and fans, right through to advanced formations and acrobatic feats, just using a deck of playing cards. In the UK, Dynamo Magician Impossible has sparked an interest in flourishing in a whole new generation of young magicians.

Do you love an argument?
The debate about card flourishing has been raging for years. Magicians argue that it’s not really magic, and flourishers counter, that it is, and anyway, they don’t really care..
Regardless, of which side of the fence you like to sit, adding some flourishes into your card tricks can work wonders.

The aura of an expert

People like magic tricks. They love being fooled, because it’s entertaining. They see something impossible, and can admire the performer’s skill. Adding in some cool moves, makes a huge impression. It implies that you have total mastery of a deck of cards, even if secretly, it’s the only flourish you know!

The real power of flourishing, is that it creates a ‘perceived process’ to a trick that may otherwise look too ‘hands off’. If your performing persona implies skill with cards, then adding a fancy cut, or a perfect fan, into the mix, can make the whole trick look like knuckle busting card work.

Nobody wants the audience to think:

‘Wow.. That guy really knows where his magic shop is!’

If you create the illusion that you have mastered playing cards, then little flourishes, performed along the way, are invaluable. They don’t need to be elaborate, a simple, classic fan, as you ask the spectators to choose a playing card, can make a strong impression. You could argue flourishes dispel magic, as they advertise sleight of hand, but it really depends on the performing persona you are presenting in your act.

That’s what most people that attempt to learn card flourishing, say, when the magic shop follows up with them. It’s easy to watch experts like Dan and Dave, Brian Tudor or De’vo, and just feel it’s not going to be possible to learn those moves.

You don’t need to be Dan and Dave! They are the best in the world, and it’s perfectly OK to let them stay that way. You just need to pick a few simple flourishes to start practising. Then add them into your card work. Once they are mastered, add another one…

Pick something small and not too ambitious, and you probably won’t get disheartened. A one handed cut, or a basic sybil cut is a great place to start. Perhaps work on a basic fan. Stick with that, and don’t run before you can walk. Flourishing is not a race, and you build up the moves slowly over time.

If you start small, you can gain mastery of just one or two basic flourishes, then when you add them into your card tricks, they become a huge feature. It’s a massive gain, right from the beginning.

If you fancy having a go at it, we asked several card flourishing experts for their opinion. Here are the 3 recommendations for the perfect starting place for card flourishing.