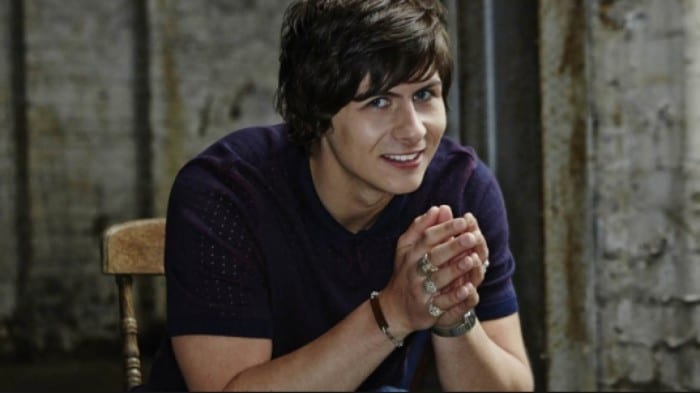 What Magicians can learn from Tricked with Ben Hanlin

Before Tricked, Ben Hanlin began making waves in the magic world a few years ago with his You Tube channel MagicBoy TV. He traveled up and down the country tracking down celebrities using the power of social networking sites and nothing else. It was a great example of how the world is changing in this era of modern technology. Ben Hanlin then was cast as part of a very popular TV Series called Breaking Magic. Upon its success Ben has now risen to greater heights and has been granted his own show – Tricked. He is a great magician with bags of charisma, but don’t let that fool you, he also has a cheeky, more sinister side that can show its face!

The Style of Magic

Ben Hanlin Tricked is a cross between a street magic show and a hidden camera show. Ben Hanlin travels around posing as different types of people, whether it be an interviewer for ITV2, a crew member at a photoshoot or a security guard and then shows unsuspecting members of the public magic tricks. Sometimes it is revealed that they have been part of a hidden camera magic show, sometimes it isn’t, the members of the public are just left to figure what just happened out themselves!

Expect to see lots of great close up magic in Ben Hanlin Tricked that isn’t your standard card tricks and coin magic. For example in Episode One Ben Hanlin pulls a full 1 litre Vodka bottle from someone’s shoe!

How Can Watching Tricked Be Useful for Magicians.

Ben Hanlin – Tricked has many lessons to learn from watching it. Ben Hanlin is a naturally easy going character, and he instantly sets the spectators at ease with his personality. He smiles and makes a lot of eye contact; he laughs and has fun, and he is also very talented and creative. All of these points shine through when you watch Ben Hanlin – Tricked.

The magic tricks in Ben Hanlin – Tricked is well thought out and takes some planning, do not dismiss every magic trick you see on TV as a TV trick or using stooges. Some performances on TV do of course use stooges. However, a lot more thought is put into these things than just using a stooge. Try to think of ways that the magic tricks in Ben Hanlin – Tricked could be achieved without stooges and actors (as they really aren’t stooges and actors!). This is how you can really benefit, challenge yourself to come up with your own methods for ideas, use these ideas as inspiration to come up with your own magic tricks, this will help you become a more individual performer and help you break away from the magic tricks that everyone does and be more unique.

The Use of Celebrities

Ben Hanlin – Tricked uses celebrities in a way to gain attention from not only the viewers but from anyone involved. If you can get in front of important people, you must be someone important!

However, this does not mean that you cannot use this thinking to your advantage. Maybe you live in a city near where there are celebrity hot spots like The Ivy, or Annabels in London. There is nothing preventing you (apart from security!) from trying to either get into one of these venues by showing your skills of entertainment. Alternatively, you could simply wait around outside entertaining people until someone famous ventures outside and take your chance at amazing them. Be sure to have a camera with you though!

If you do not fancy doing this why not take that style of thinking and apply it to the most important person at your gigs. A company CEO or the person whom the party is being thrown for for instance. This will attract a lot of attention to your magic and also create a lot more conversation about it. When a company has a party the magician can be talked about for a short while the day they get back to the office, but if you perform a magic trick on the company CEO it will be talked about for years!

You can catch Ben Hanlin – Tricked on ITV2 at 9pm on Thursdays. The Merchant of Magic gives Ben Hanlin – Tricked two thumb tips up! Its style and substance are both right up there, and the magic is all very good and inspiring. It is always good to see magic on TV, and when it is presented by someone as entertaining and likeable as Ben Hanlin it makes it all the more enjoyable! Well done Ben, roll on the next Episode!