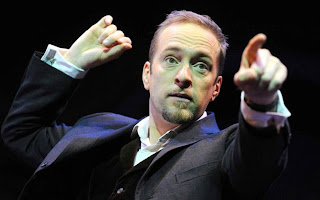 What do famous magicians like Derren Brown, David Blaine, Dynamo and Jonathan Goodwin have in common? – They all have a USP: Unique Selling Point.

Take a look at the current popular TV magicians. They each have their own unique genres:

On TV, there’s no room for more than one magician to be successful in a particular style at any one time.

The networks don’t seem to be interested in commissioning a show for a magician who is ‘like’ another. Why would they? Magic is a niche. To promote a new entertainer, the networks need something different.

Nobody wants to commission a show that’s a bit like Dynamo Magician Impossible or Derren Brown. Being another Derren Brown or Dynamo is second best. They want new, unique famous magicians to promote.

If magicians are  to have a chance of being successful on TV, they need their own CATEGORY. When David Blaine gained fame on TV, he started out with something new that nobody else was doing on TV. That quickly changed because there wasn’t anything particularly unique about the magic he performed. The style in which it was presented (a focus on the spectators reactions) quickly became the ‘standard’ for filming magic. David Blaine addressed that quickly, moving from street magic to endurance stunts. He moved into a new ‘category of one’.

Derren Brown started off his career performing close up magic. He spent many years working in restaurants and clubs. When Derren Brown was talent spotted at a local magic shop, he was guided to create a unique selling point for a new TV series.

I don’t have a TV show, how does this relate to me?

A magician needs to be unique if they want to be the best in their field or local marketplace.

How are you different to the other magicians in your market?

What puts you in a ‘category of one’?

How can you become a famous magician?

Think about how you can communicate that ‘uniqueness’ in your marketing efforts?

Learn magic tricks that reinforce your USP rather than dilute it. I Want to Learn Magic Tricks Like Derren Brown