Camera Tricks has now released in the UK. It’s created quite a stir amongst the magic community in the United States, with good reason. Take a look:

Dominic Reyes caught up with Casshan Wallace to talk about Camera Tricks, how he invented it and some tips for getting the most out of your magic.

Dominic Reyes : How did you get into magic?

Casshan Wallace : I got my interest in magic at the very young age of 5. I started trying to perform miracles by the age of 6. My grandpa showed me a few magic tricks. The one trick that sparked my interest was an ambitious style card magic trick with a story trick about four jacks. The four jacks would be placed into the middle of a deck of playing cards and they would all jump back to the top.

Dominic Reyes : And that gave you the ‘magic bug’?

Casshan Wallace : Yes. After seeing that magic trick, I tried making up my own methods.

Dominic Reyes : What made you start working on the paper clip principle in Camera Tricks?

Casshan Wallace : I’ve always been a big fan of paper clip magic tricks, and making them link. They are easy to carry with you, everybody knows what they are, and I know I can get good reactions with them.

Dominic Reyes :  So you studies the classic methods first?

Casshan Wallace : I went about learning probably every method of linking paper clips ever conceived (well probably not, but it sure feels like it). The way I started creating my methods was because of school. Teachers don’t like me having cards out and coins are too loud, so paperclips are another way to go.

I just started trying to make a way for them to look like my vision. Once I got into the position of making the paper clips look linked, I just had to make it so I could have them unlinked from start and then link the clips while they watch them closely.

Dominic Reyes : The focus on the presentation in Camera tricks seems to be a slow, smooth and clear. How did you develop that as a goal and why is it so important?

Casshan Wallace : I wanted Camera Tricks to be slow because I feel that magic happens too fast sometimes. I want to slow the moment down for the spectator so they don’t feel like they are missing anything. I think its better for the spectator that way. So I really hit on that when I was making the methods. The effects in Camera Tricks happen slowly so they can’t use the quote “you moved so fast, so it was probably sleight of hand”. Ah the silly things spectators say

Dominic Reyes : Do you have any more tips that will help magicians learn and perform?

Casshan Wallace : Practice and relax, the magic trick is slightly knacky. Watch the over-the-shoulder view many times cause its not easy. Some stuff you will get better at, the more time you practice because its something you don’t really know. It’s hard to understand at first, so just really work at it. Also make sure you’re good at entertaining your audience so you don’t have to rush your set up. Just relax and have fun.

Dominic Reyes : What are your three favourite magic books or DVD’s?

Dominic Reyes : Where do you see your magic going in the future?

Casshan Wallace : I see my magic definitely going into a more commercial approach. I want to make stuff that you can add to existing routines that can make certain magic tricks better. I also want to try to make new concepts and not just new methods. That’s what magic needs, more concepts. We have enough magic tricks as it is, so creating something new to magic is key. A spectator sees one concept and one method so they won’t know what’s different. I see my magic getting more and more creative and original in the future.

Casshan Wallace :  I have many things that I’ve been working on over the years and they are about ready to be revealed but I’m going to give it some more time. Exciting things are to come!

The team at The Merchant of Magic received a parents letter earlier in the week. It's a fine example of exactly why we run the magic shop.

I have been meaning to write and thank you for so long now for the inspiring and magical visit Edwin and I enjoyed at The Merchant of Magic last month, you were so generous with your time, advice and amazing magic we just looked at each other for days saying, How did he? Can you believe …, but I saw the cards in your hands the whole time! Edwin is totally hooked on magic now, and loved his sponge DVD and Starlight cards for his Birthday, which as you mind read was on the 1st September. His Dad bought him Junior Membership of The Magic Circle, so he hopes to be able to go to their workshops and my parents got him tickets to see The Magic Circle Christmas Show.

Your download books are very helpful too, and reassuring, he tried some of his sponge magic at school only to learn that teenagers and sponges didn’t mix, they wanted to grab at them and him! (His cousins were very impressed however with Sponge Magic!) He found his confidence again with his card magic, and made his Dad and I gobsmacked when he rubbed the 3 of Diamonds into a 2! I made him a little frame to keep the card that turned up in your shoe, because the experience of learning magic from you was amazing and something I don’t think either of us will ever forget!

I’m very sure Edwin will have loads of ideas for his Christmas Wish list soon, and I will be back online placing an order at Merchant of Magic! Edwin and I are also following Merchant of Magic on Facebook so will keep up-to-date with the postings.

Again, I’m sorry this has taken so long to write, but truly thank you for inspiring Edwin, he has one other thing in common with Dynamo, that being not Crohn’s Disease but its relation Ulcerative Colitis, when Edwin isn’t able to be tearing up the Basketball Court because of fatigue which has hit him a lot over the summer, he gets absorbed in learning magic, which I don’t think he will ever tire off or run out of things to learn. This gives me great comfort too, so thank you so much, it was wonderful to meet you. – Kind regards Julia

It's so nice reading letters like this. Not only because it gives us feedback on what we are doing at the magic shop, but because it shows that a bricks and mortar magic shop can still inspire magicians to develop their magic and gain so many positive rewards from it. We embrace the internet as a learning tool for magicians, but it has it's disadvantages. Visiting a real magic shop, talking to working magicians, and seeing magic tricks performed live is priceless to serious magic students.

Huge respect to Edwin for all the passion and hard work he is pitting into his magic. That commitment will take him far! It's great to see he is wanting to take part in the magic community by joining the Magic Circle, and that's going to help push his learning forward dramatically. Keep up the great work Edwin. With that attitude maybe we have just published the first mention of a future world famous magician. 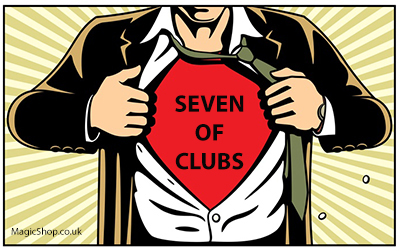 Can magicians and superheroes work together?

I have recently been looking to develop my performing style, into something more unique than "just another standard magician." Don't get me wrong, I don't want to be famous and have people accost me in the street, but I would like to stand out from the crowd and have my own niche. Understanding your character, and having a unique style is absolutely necessary if you wish to rise to the top of your industry. There are thousands of corporate and wedding magicians that all have a similar performing style. This doesn’t mean that you can’t be successful following the crowd. However, 95% of magicians that tour the world and earn huge sums of money are unique and have spent countless hours crafting their own character.

Up to this point I have mostly performed card magic, but that sets me on a level playing field with every other card magician around. I want to go beyond that, so that is exactly what I am doing.

Anyone who knows me, will know how much I love comic books, and after having a very short think, I realised that I know so much magic that resembles the superpowers I read about daily.

My favourite character, without hesitation, is Wolverine. He has the ability to heal instantly from any wound and this got me thinking, “how can I present my magic to tie in with this theme?”

I could talk about Wolverine’s ability to heal then proceed to push a needle through my arm and remove it without being harmed, or I could perform a torn and restored card trick using Wolverine in my patter. To really boost the trick, the torn and restored magic trick could be performed with a photograph of Wolverine instead.

Within the realm of comic books there is scope to perform amazing feats of magic using the relevant story lines. For example, I could freeze the air with my breath into a solid lump of ice like Superman, levitate a coin or bend metal like Magneto, or even ignite a match magically in reference to The Human Torch.

What are your interests and strengths?

These are a few of the ideas I have considered that suit my performance style and personality, hopefully they will inspire you to begin thinking about your own likes and strengths, and adapt your magical performance to suit you as an individual. With a little bit of tweaking and some careful consideration, you can really tailor your patter and performances to reflect exactly who you are. 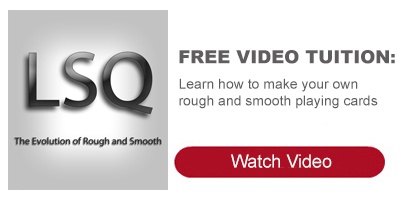