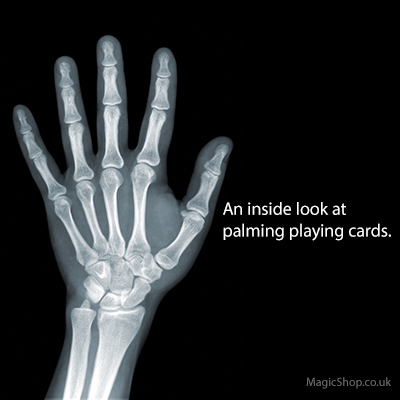 Sarah writes: ‘Could Merchant of Magic give me some advice on how to palm playing cards and improve my top palm.’

‘I do have quite small hands, and I’m using a poker deck, but I don’t think small hands are the problem. I’m reluctant to use a bridge deck as all the decks I use are poker sized…

With the right misdirection, I can get away with my top palm, but not consistently. I’ve tried the method outlined in the Royal Road to card magic, and Dai Vernon’s method, but I still feel that it looks obvious that I’m palming a card and more often than not, I don’t get it into quite the right position and end up with edges showing! I feel I must be doing something wrong!

I understand that misdirection can make all the difference, but can you recommend any resources or suggest any ways that I can improve the technique itself? Thanks very much!’ – Sarah

How to palm playing cards without mistakes

Of course, we can help, there is a tonne of different places to study palming playing cards, I will list a few great DVDs at the bottom of this page.

Firstly, let’s see if there is any advice that may be useful to you…

With regards to the top palm, it’s a bit like a pass, at first it is impossible to do, then it becomes something you can carry out under misdirection, then it becomes something that is invisible. I am glad that you have taken the time to lay a playing card on your hand to see if it is physically big enough to hide a playing card, not many people do this and swear it is the size of their hands and they cannot hide the card. However,  usually it just needs an alteration to the position of the cards, or how they hold them that solves the issue, not stretching your hands!

The real secret of how to palm playing cards

First of all, practice as much as you can. When it comes to a sleight that can be helped by misdirection, it usually means that it can be harder to execute and potentially risky (which the top palm certainly is!). It is important to get the muscle memory down so that your hands can do the move without your brain thinking. Unfortunately, this only comes with time and repetition. The key is to be able to perform the move without thinking and whilst being able to do other things, it should become an automatic process like turning on an indicator whilst driving, or moving the mouse for your computer.

How I palm playing cards using the top palm

I don’t have an outstanding palm, but I do know when to misdirect, or I can easily orchestrate the misdirection needed. This is how I get into the moment where I can create some misdirection. Firstly, I top palm with two hands. I can one handed top palm but it is only 75% and I have never drilled it to 100% so I do not do it on gigs usually. I perform this top palm by getting ready into position, so that I am ready to palm. When I am ready with my hands in position I simply ask if they would be impressed if I had predicted what their card would be. The moment their eyes come up to me, I perform the top palm. It happens the moment their eyes move up to me, not once they have locked on me. You can wait until their eyes have ‘arrived’, but you run the risk of being too late and letting them catch up with you and spot the palm. As mentioned, my palming technique is not the best technique in the world as the thumb is a tell tale sign so I use misdirection rather than when being burned, but it is practical.

Spectators that don’t look away

Here is how to deal with an awkward spectator who just won’t look away. If anyone is burning my hands too much, I will tell them to watch harder! This is purely beneficial to me, not them. As they watch closely they will be focused intensely on your hands, I simply wait and make them wait for something… And I do nothing! I then break their concentration swiftly by saying sharply, ‘of course, I won’t do anything if you are looking!’ This is a joke, but it serves a purpose, the first sentence tells them to pull focus (on beat), the more a spectator focuses, the more they relax when their concentration is broken (off beat), this is a very basic explanation of the on beat and off beat. The stronger the On Beat, the stronger the Off Beat.

How to palm playing cards and make it look invisible

If you wish it to be invisible, then I am afraid, this will only happen over time as your fingers and muscles finesse the move. My advice for practicing would be to practice very slowly at first, analyze each move individually and try to see where the pressure in your hands causes an effect to the playing cards. If you can understand why sleights work, it is much better than simply understanding how they work. Again the goal is to have these sleights become an automatic process, which can only happen if it is drilled again and again and again.

Here are a couple of great sources to learn palming:

Here is also a free eBook all about Misdirection Techniques should you wish to learn more about this area of magic. 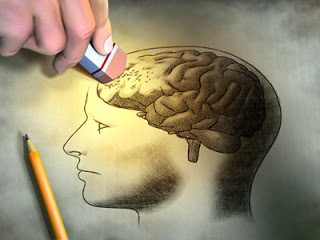 Magicians can easily use memory techniques that will influence how spectators describe the magic tricks that are shown to them.

Often as magicians we forget to perform through the eyes of a layman. Magicians fully understand the route their magic tricks take from beginning to end. However, the spectators will often miss details that happen between the beginning and the end of the magic trick. This is human nature and the way our minds are designed to work. The brain will form a shape to events that happen, and the contents within become an assumption.

The Primacy and Recency Effect in your Magic Tricks.

For many years, Psychologists have understand that subjects in experiments will best remember events that happened at the start  and at the end of a particular event.
Remembering the first part of an event or experience is called The Primacy Effect. It’s one of the reasons why first impressions are hard to change.

The last or most recent parts of an event are also remembered well by test subjects (The Recency Effect).

The middle of an event is often forgotten, or can easily be overshadowed by events that happened at the beginning or at the end of an event.

This is one of the reasons why your opener magic tricks and closer Magic tricks are so important. They are the magic tricks your act will most often be judged on.

The start and finish are important.

The human brain is amazing. It’s easy to think that we simply observe information and use the data to understand the world around us. However, our minds also apply their own filters and processing to the information it receives.

Can you read this sentence:

Oxford university conducted an experiment and came to the conclusion that so long as the first letter and the last letter of a word are in the right places the brain can very quickly reorder the letters in between and compose the word it is intended to be, creating an assumption. It is the brain fooling itself.
Often, when you perform your magic tricks, spectators may approach you afterwards and retell the events of the magic trick that they believe they have witnessed. You will notice that many of the events within the magic tricks you performed, never happened.
Magicians can learn magic tricks that use the spectators memory to their benefit.

Let’s use this approach with magic tricks that use a playing card.

The card through window magic trick is an excellent example. Often spectators will approach you later on after the trick, sometimes on the same day, sometimes days later and convinced themselves that there was no playing card on the outside of the window before, and that they signed the card. They never looked at the window before the trick, and they never signed the playing card until after the playing card was found on the window. They are filling in events that never happened to sell the story.

Card to wallet magic trick tricks are also a good example of a spectators faulty memory of events. At the beginning of the magic trick a playing card is selected and signed and then lost in the deck of playing cards. At the end of the magic trick, it is found in the magicians wallet within a zippered compartment. If you put a few practically self working red herrings in between the start, and after the magic trick that solidifying things that didn’t actually happen, the spectators will solidly believe a different course of events has happened.

When recounted afterwards, the spectators often say that the playing card was in the wallet. The playing card transported to the card case, then into the magicians pocket and finally back to the zippered compartment of the wallet they were holding from the beginning. This is a moment to monopolise the situation. Notice that they are already creating moments within the magic tricks that never occurred. Magicians can strengthen this with a white lie or two!

Here are a few simple lines you could use when you do card magic tricks. The lines may help enhance the magic tricks after the event. Using specific language within the magic tricks paint a more impossible and impressive memory for the spectators.

“Yes, and I never even touched the deck of cards.”

“You could have thought of any playing card!”

“You signed your playing card before we even began.”

“You held the deck of cards from the very beginning.”

“And you thoroughly shuffled the deck of cards!”

Spectators will sometimes remember the premise set at the beginning of your magic tricks and the finale. The start and end.  As magicians, we can aim to learn magic tricks that use this psychology to our benefit. Our job as magicians are to leave our audiences with magical memories, and the responsibility is on us to create that memory. If the audience willingly show they want to fill in the gaps with their own images, is it wrong that we should expand on this within our magic tricks? An innocent white lie or two is not a bad thing.