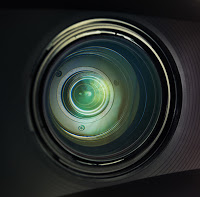 Do you ever film your magic when you are doing a magic show? If you haven’t considered doing this, it may be worth looking at why this can be a valuable asset for making a magicians showreel.

When it comes to keeping a video record of a magic show, stage magicians have it easy! They  can set up a camera and film each show they do, getting a great deal of material to use for their marketing. What about us close up magicians? How do we get footage to be used for making a magicians showreel and promotional material? Let’s look at the best way to fix this:

When you attend a magic gig, we recommend taking a good video camera with you. Many smartphones have excellent video capability now, so it’s worth investing in a smartphone that can capture HD video.

Getting Permission to film

‘I wonder if the clients who have paid good money for magic at their event, will [see videos filmed at their event] and wonder what their magician is doing whist being paid to entertain THEIR guests…?!’

If you keep pulling out your camera and taking shots or video, your clients may not like it. You’re supposed to be there to entertain. You’re on THEIR time, not yours. It’s vital that you get permission to film, not just from the client but also from the venue. You should also pick the times and places you film carefully.

When you, or your agent take a booking, ask the client if it would be OK for you to film a few short clips of the magic. Offer to give them a copy too. Explain that you are keeping a video diary of your magic which helps you improve, and also helps your business grow.

If you don’t want to film your performance, you could explain to the client that you will only film, during parts of the evening when you can’t perform, such as during the speeches or awards, or before and after your booking time. That’s a good time to film some testimonials or a short talk about your services as a magician. You will find that most clients don’t have any objection to this. If they do, then there is no need to push the point. You don’t need to film at every gig, just enough of them, over time, to build up your footage.

Get it in writing.

It’s important that you include a section in your booking contract giving you permission to film and to be allowed to use the footage commercially. A quick Google search will bring up several template contracts for ‘signing off’ permissions that you can use.

Having a spectator film for you.

If you are with a group of spectators and have established a good relationship with them, ask one of them to film the next magic trick you perform. Hand your phone to one of them and prompt them to capture the reactions of everyone going crazy over what’s about to happen. That gets a laugh, and the person filming will enjoy the process. You can tell them that you plan to email a copy to the host of the evening as a souvenir.

You will find that many of the spectators will also ask for a copy, so it’s a great time to capture their email address’s so you can forward it to them later with your details.

The footage will tend to be quite raw. The idea of live filming like this is to create something REAL, in the moment, and live. The footage will have terrible production values, but it’s of great value for that very reason. It’s valuable to include material like this when making a magicians showreel. Here’s an example filmed at a gig by professional magician Mike Fairall.

The footage you capture doesn’t need to be perfectly shot. You want something live, fresh and REAL. You can edit the footage and cut sections in and out later, if you want to use some of the footage for a professional showreel. The main aim of live video, is to build up a series of short videos, that capture your energy and how much fun the spectators are having.

The best time to film for making a magicians showreel.

It’s a good idea to arrive early at your gigs. It gives you a perfect opportunity to check out the venue and record a short video about your services.

Think about how you could ask a spectator to film a trick and the footage become part of the trick itself. Could an extra revelation or magical event happen when the footage is played back to them?

Asking a few spectators to record a short testimonial is very valuable to you. You can do this after you finish for the night. A great place to capture this, is outside the venue, where people gather for a break. Also, you might sound out the client when they thank you at the end of the gig, and see if they would find it fun to record something for you.

Remember your audience when making a magicians showreel

When you film, bear in mind who you are filming this for. The footage is NOT for other magicians. It’s not about how successful you are. The footage should be aimed at your target audience. As a magician, your target is the host of a magic event. The problem they need a solution for, is how their guests will be kept entertained and happy.

Your footage should show themwhy you are a solution to this problem. Your technical competency as a magician can be assumed. The focus of the footage should be on spectators having a great time and being entertained, NOT how well you can perform a sleight or flourish.

Recording footage of your magic to use in making a magicians showreel isn’t hard to do, as long as you get permission and don’t press people to take part. It shouldn’t get in the way for your show or your services.

NEXT: Creating a Magicians Brand 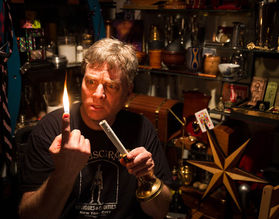 Every magician is a magic trick collector. FACT. We all have a drawer, case, box, or even just a corner of a room, where all our magic tricks get stored over the years. As magicians, we feel drawn to a beautiful magic prop, and sometimes we crave them even if we have no intention of performing the magic trick. Over the years, our collections build up to become a treasure trove of magic secrets.
Imagine if you had a room in your house, totally devoted to magic tricks. What would it look like? Steve Chmara know’s because he has just that. An Aladdin’s cave of magic going back past the turn of the 20th century.

“Magic apparatus is a unique collectible because it’s not something that just sits there. People come over and say, ‘What’s that?’ But instead of going into this long-winded explanation, I simply show them.”

Collecting magic is a fascinating hobby. Unlike many collections, each item is more than just a display piece. The magic tricks you collect over the years cry out to be played with, to be performed and shared with an audience. It may be wonderful to sit amongst your collection, but it must be hard to not feel that the items are ‘waiting’. If magic tricks were alive, they would be performers and showmen. Each magic trick patiently sitting there, for it’s time to come again, when it gets to express it’s purpose for being. A room like Steve’s must be such an exciting place for a magician, and also one of the saddest.

DO THIS: How long has it been since you looked through your draw of magic? The reasons why you abandoned a magic trick years ago may not be there anymore. Old magic tricks become alive with the new techniques you have developed over the years that you can bring to them. Props can be re-purposed, routines that were too technical when you were a beginner are now full of possibilities. If you were to go through your collection now, would you find magic tricks that you had totally forgotten about? 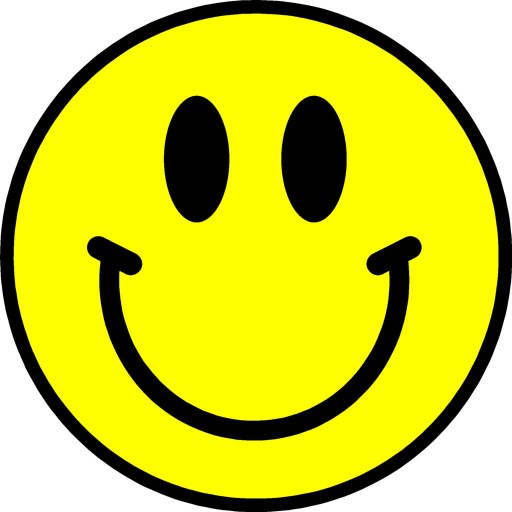 It’s such a simple and easy thing to do, but so many magicians forget to do something when they perform their magic tricks. Dominic Reyes talks about how to get better reactions to your magic tricks with this simple quick magic tip.

It seems just common sense, but It’s really easy to forget to relax and smile when you are performing your magic show. There is so much to think about during the performance. But reactions to the magic you perform can be directly proportional to YOUR attitude during the show. You need to make sure you put aside any stress’s or problems in your life, or simply that day. Every magician can have a bad day, bad news, or simply not feel 100% that day. A professional can’t let that change the service they give.

Before you start performing, put on a smile. Fake one if you need too… If you present yourself with positivism and a fun energy, your spectators will soak that up and reflect that back to you.

If you had a stressful journey to the venue that day. Take a moment to just find a quiet spot and practice your biggest smile. Look at it in the mirror and tell yourself you feel great and you are about to have a fantastic gig. That simple exercise is likely to transform your attitude and also the outcome of you gig.

How do you think your attitude reflects on the performance you gig? Do you have any techniques you use to be positive even when you might not feel like it? Share your tips om improving the reactions to your magic tricks below.

NEXT: Ever wondered how magicians repeat magic tricks to groups of people close together at the same venue?