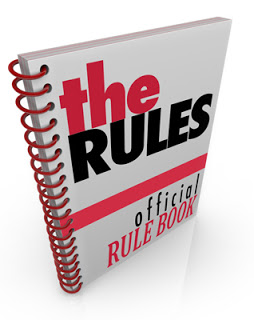 We’ve all been there; we go to a party, dinner, or just out for a drink, and find there’s a close up magician performing at the venue. When this happens, we can’t help but want to check the performer out.

If a magician is performing, let them be the star of the show. It’s their gig, and their livelihood. You may have a strong urge to let everyone know that you are a magician as well, but that’s bad form. Resist the temptation to start showing people magic tricks, even if some of the guests that know you, ask to see a trick. Instead, do what you can to build interest in the ‘official’ magician. Explain to your friends that the magician will visit their table, or if it’s walk-around that it’s OK for them to go over and join the group watching the magic.

As a close up magician, you should understand better than anyone that magic isn’t really a puzzle. There aren’t prizes for knowing how the magic trick is done. In fact, that knowledge is the opposite of a prize because it robs you of the magical event. Even if another magician is doing very basic tricks, act as if you find it wonderful, and that the magician is very skilled. Nobody likes a ‘know it all’. Trying to let everyone know that ‘you are just as clever’ as the magician, comes across as jealousy.

3) They should have booked me.

Some of your friends or family may become protective of you. After all, they know how much you love magic. It’s quite common to hear them say something like:

‘wow; you are so much better than that magician, you should be doing this…’

Take note of these comments, but don’t feel cheated that another magician got the gig. They put in the work, got the lead, took the booking and all the other steps required to be there. It’s their gig, and they deserve it.

4) You could try this instead.

Close up magicians love to learn new magic, and just like you, the performer probably enjoys learning tips from other magicians. However, at their gig, is not the time to try to teach them a new variation of the trick you just saw them perform. If you find a moment once they have stopped working, it’s fine to introduce yourself and suggest a ‘session’ later. Resist the temptation to give them advice in public, they are busy working and won’t thank you for it.

If you see a magician performing, It’s not a signal that the venue is up for grabs, and you can start pitching your services to the management. The working circuit of magicians has distinct areas, where most magicians know each other. Trying to undermine another magicians regular work for a venue, can get you a very bad name in that area. Many magicians have long term relationships with venues, and may be told that you tried to take over the residency. Close up magicians often pass on work to other magicians and speak with agents, so it’s vital that you are seen as trustworthy. Gaining a new venue at the expense of another magician is a very short term win. In the long run, it will do more harm than good.

6) I’ll act cool, cold and indifferent like a pro.

Close up magicians are usually the worst audience for magic. If you have ever been to a magic show or lecture in a magic club, you will have experienced this first hand. Magicians don’t like to appear to be fooled. While the public freaks out, magicians in the audience simply nod wisely. It’s as if admitting that they don’t know how the trick was done is some kind of failing. If you find yourself watching another magician, let go, drop your ego and just have fun.  Put yourself into spectator mode and react like everyone else. Magic isn’t a competition, and being entertained is not a sign of weakness.

React and drop the attitude. By allowing yourself to be entertained, you help the close up magician, you make it more fun for everyone else, and you come across far better than someone who may have a superiority complex.

Turn yourself into spectator mode and react like everyone else. Magic isn’t a competition, and being entertained is not a sign of weakness.