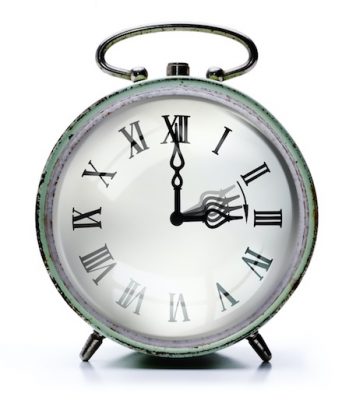 Marco asks: ‘How long should you need to learn magic tricks to become a professional magician?‘

That’s a really good question, but it does need some clarification.

To answer it, we need to define what a professional magician means.

It could have two meanings:

1) It could mean a someone who performs magic tricks to the public for money. A professional treats a subject as a business. For professional magicians, the factors that are important to success are just as much about marketing and business as they are about how to learn magic tricks.

2) Professional magician could refer to someone who attempts to master each magic trick that they choose to learn. They treat the subject seriously and develop their technique and performance skills. Unlike a causal performer, you treats magic as a toy or recreational activity, the magician takes on a professional approach to developing their skills.

For Marco’s question we have assumed option 2. A way to rephrase it would be to ask:

How long does it take to learn magic tricks?

In short, the answer is as many as possible!
The first thing you need to do to learn magic tricks proficiently is get a good practice routine set out. Some of the magic tricks you should learn will need you to practice individual sleights and moves separately before rolling them all into one routine, which can then be drilled. Other magic tricks will require you practice the whole routine from start to finish as they only work when performed in a flowing manner.
There is a book called Outliers in which the author Malcolm Gladwell talks frequently of the “10,000-Hour Rule”. This rule states that the key to success in any line of work, to a large extent, is a matter of practicing your specific task for a total of 10,000 hours.

This is a good guide for how long one must practice to learn magic tricks inside out and upside down. This amount of practice will shape you into a technical and very skilled magician. Unfortunately, it won’t make you an amazing entertainer. This is something to keep in mind when performing professionally; entertainment is paramount.

In order to learn magic tricks to a professional level requires far more skills than sleight of hand. More experienced magicians will already have developed their performing style and have  knowledge that they can apply to each new trick that they take on. How long it takes to learn a magic trick, really depends on your previous experience, just as much as the amount of time you can commit to learning.

The secret isn’t sitting alone running through a magic trick 10,000 times. It’s about practicing the moves, rehearsing the presentation and then getting out and performing it as much as possible. Professional magicians may perform some of their magic tricks 20-30 times per night. That’s a LOT of repetition. If you are not doing magic commercially, you still need to drill a new trick as much as possible, so you can master it.

Learn magic tricks that are good for beginners.

We shan’t give you actual names of magic tricks to learn as everyone is different, but we can guide you by telling you what to look for in a good magic trick when you begin your journey.

In general, you should learn magic tricks that are short in execution and routine, long winded routines can become boring for spectators. It can take a lot of your attention to remember all the process involved in a long routine; this will definitely show in your performance, which is not good.
Try to learn magic tricks that can be described in one sentence. For example, ‘I selected a card and it appeared on the other side of the window!’. If you find magic tricks to learn that are easily explained  then your audiences will talk about your performance to others, this is a good thing.

Don’t try to learn magic too fast. Slow down, master the basics first. By all means practice magic tricks that are out of your comfort zone as this is the only way to push forward. However you should resist showing people these magic tricks until you have perfected them and can perform them with patter flawlessly.

How to learn magic tricks : Practice A Better Way To Practice

We would love to know your thoughts about this question. Please leave a comment in the section below: 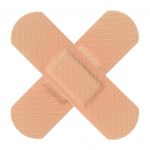 What do you do with close up magic tricks you don’t use? You thought they would be ideal for you, but they turned out not to be suitable…

It could be any number of reasons including:

Hitting a dead end with some of your new close up magic tricks, shouldn’t mean that they just get added to the ‘magic trick grave yard’ pile every magician has.

There is no reason that a magic trick has to be performed exactly as the creator of the magic trick designed it to be done. Every magic trick you order is unfinished because it’s missing a huge part: YOU

If something doesn’t feel right, or the trick doesn’t seem to fit you as a magician, change it!

Mathieu Bich Talks About Developing Your Magic Tricks Through Creativity

Use your creativity to bring your own knowledge, experience and technique to the method. Adapt the handling, change the patter, evolve the gimmicks that come as standard with all your close up magic tricks.

How magic shops can help

Good magic shops will give you further support after the point that you have received the magic tricks you order from them:

How other magicians can help.

Seek out feedback from other magicians. If you belong to a magic club, show the other members your new trick and ask for feedback. You never know when a small tip, will change the whole impact of the magic tricks you perform.

RELATED: How to Be a Magician At School

Do you struggle to set a consistent speed and pace when performing your magic tricks? It all seems to go well in private, but as soon as you perform in front of people, you tend to speed up and rush through the magic trick. That’s a very common problem magicians face, and it’s easy to fix.

When you practice your magic tricks, you are performing to yourself. You run through the trick at the speed that feels right for you. However, that can often be close to your thinking speed. A persons inner dialog or voice is much faster than they naturally talk. Unless you take this into account when you reach the rehearsal stage of your practice, you may find that you perform your magic tricks to fast.

Testing out your practice and performing pace.

Magicians don’t suffer from this alone. Comedians, MC’s and professional speakers all have to train themselves to present their ‘act’ at a slower pace than feels natural to them.

A great way to see this in action is to take part in a small magic competition or open mic night for magicians. In these situations, you will often have a time limit. The ‘act’ that you put together will run perfectly during private practice, but you will be shocked at how time changes when you are on stage. Many magicians run through their material at such a pace that they end up having to improvise more material at the end, then lose their timing and get a red light for ‘going over time’.

Slowing down your magic tricks.

Once you have practiced the mechanics of a magic trick, it’s important that you take the time to rehearse the full performance in natural time. Saying the full magic script out loud and building in natural pauses and breaks in the patter.

Run through the full presentation at half the speed that feels natural to you. That’s probably close to the speed that you should perform at in public, to sound natural and relaxed.

The old saying in magic is that the hand is quicker than the eye. This is, in itself, a trick. In reality speed makes people suspicious. The best sleight of hand is performed slowly and NATURALLY, and that’s just the same with your patter. Talking and moving fast suggests nervousness. Smooth, graceful, easy actions look more professional, and it’s just the same with your speech.

Do this: Invest in a metronome. Perform your favourite magic trick and time it. Now set the metronome to a pace that is half the speed. Practice running at this slower speed. It will feel very unnatural at first but will soon become second nature.

When you perform for the public, take a moment to stop. Just breathe and relax your body, now continue at at half speed and notice how much easier it all feels. Your spectators will relax as well, and they will appreciate your magic tricks more, and you will get a big improvement in the feedback from them.

Do you have a question that you think the MoM team should cover? Let us know: