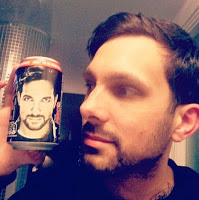 Series 3 of Dynamo Magician Impossible is due to air in the UK on the Thursday 11th July at 9pm on Watch.

The BAFTA nominated TV show comes back to British TV to feature more of the same magic tricks performed to to a selection of celebrities.

There will be four Dynamo Magician Impossible TV shows in series 3. Filmed in New York, South Africa, Ibiza and the UK
Highlights of the series are watching Dynamo skewered with a javelin, turning a fountain into solid ice, and bringing wooden animals to life!
In another episode, Samuel L. Jackson gives Dynamo a game of pool.

‘I was blown away by Dynamo’s creativity, it was great to meet the guy and experience his magic personally.‘ – Samuel L. Jackson

‘I am looking forward to working with Pepsi Max on their latest campaign and hopefully adding a touch of magic. I love watching how people react and look forward to coming up with some brand new magic… There are a lot of exciting things to come.‘ – Dynamo Magician Impossible

All this is great news for magicians. Dynamo: Magician Impossible is creating a huge amount of awareness of magic in the UK. Having a magician on the side of millions of Pepsi cans, doesn’t just help the Dynamo Magician Brand stay current to his target audience, it signals that close up magic is part of the lifestyle choices for the ‘Pepsi Max’ demographic.