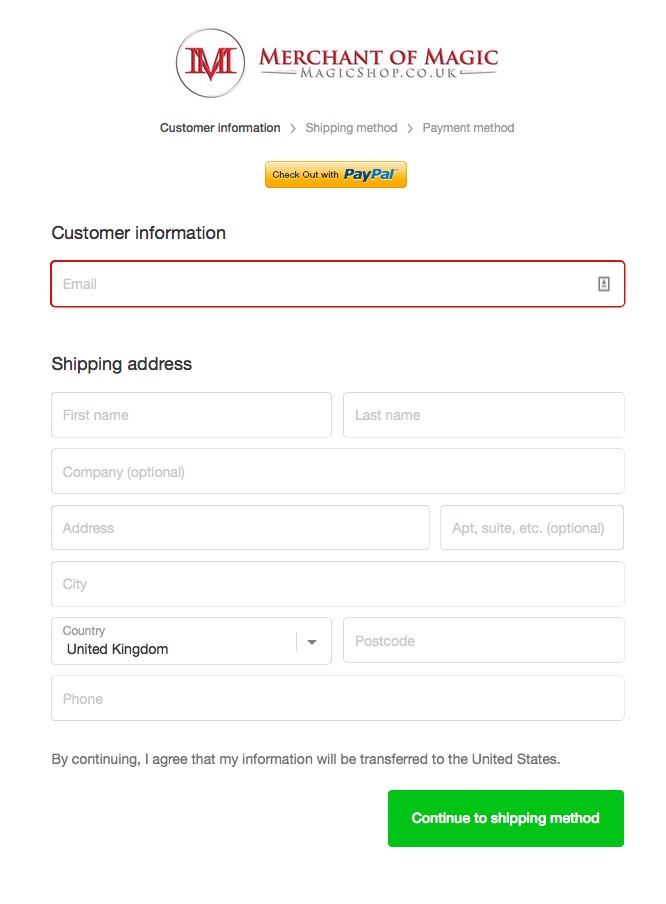 Previously, the special deals checkout could only accepted paypal, now you can get a special deal using your debit or credit card, as well as paypal.

Are you registered to get our VIP/Launch/Special Deals? You can join here: http://magictricks.magicshop.co.uk/magic-tricks-you-like 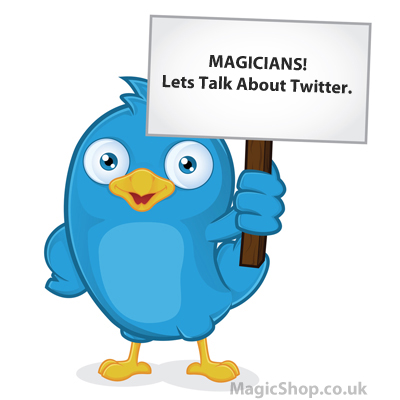 Here's a transcript of the conversation:

Dominic Reyes :  We've known each other for quite a while now – and one of the things that really impresses me about the way you run your magic business is your activity in social media.

Sean Boon : Are you trying to say I'm online too much? [laughter]

Dominic Reyes : But you're really active on Twitter and that seems to be working really well for you, and you've got an interesting approach to it.

Sean Boon : Yeah, I think the way that people are looking for products and services – whether we're talking a magician or even a plumber or builder for that matter – has changed.

We're losing the directory style – Yellow Pages style of looking and I think we lost that a long time ago and it's evident when everyone started naming their company 'Aardvark Cleaning' and 'Aardvark Builders'. Technology's changed – we use keywords now, we're thrown adverts in our face based on keywords – so I use social media almost in the reverse. I look up what people are looking for from other peoples' tweets – technology, software-based but I'll go into that another time.

I like the idea that it spreads virally. It's not about having loads and loads of likes on your Facebook page, it's not about having loads and loads of follows on your Twitter page – what's more important is that it's a virtual word of mouth, more important that people are talking about you rather than you saying, 'Look, well I've got 3,000 people that 'like' my page – I must be good'. No, that's just 3,000 that clicked the 'like' button – that's not '3,000' that are talking about you currently. That's the most important thing.

Dominic Reyes : You often say that a lot of magicians have the wrong type of followers?

Sean Boon : A lot of them – and it is tricky because we are quite a close-knit community – a lot of magicians follow magicians, which is fair enough but it is a two-way street, particularly on Twitter – you've got to have followers. So I look for the mutual services, so for instance if your main bookings are weddings, then I'll try and find a wedding supplier to follow in the hope that they follow back. So for instance, I'd look up a wedding planner, even an events organiser, so that we've got that mutual interest.

Dominic Reyes :  You're expanding your circle of influence as well, aren't you? Outside of just now and outside of magic?

Sean Boon :  Yeah, and as I've mentioned it's not about having a number of followers, it's about having people talk about you, so if you're connecting with someone like an events planner or an events organiser, you follow them they follow you, maybe you have done an event at that venue and that's your reason for following them. Then if they spread the word. If they say, 'Oh yes we saw you at such-and-such event', and they tweet that, well your message has gone out to there hundreds, thousands, millions of followers, whatever. If one of their followers sees that and was also at the event and they spread it, it spreads again, it spreads again, and there's that impact that's so important on Twitter.

Dominic Reyes : I think it's quite an undeveloped area for a lot of magicians.

Dominic Reyes : It might be focussed on but maybe in the wrong way.

Sean Boon :  Yeah. Some people, they hear about technology and new methods like Twitter, like Facebook, and they use it incorrectly. They think it's about keywords, so they make their tweet or their post consist of just keywords and a link to their website, think that that's going to get them a hit. It might get you a hit but it also looks awful on the timeline or the newsfeed for those people that do follow you. You've got to engage with people. It's virtual – it's called 'social' media for a reason. You talk to these people.

Dominic Reyes : So do you favour conversations rather than broadcasts of bits of information? Are you trying to create a conversation?

Sean Boon :  Well, outside of magic I do train people in social media.

There is a broadcast method. Now, the broadcasting of a tweet or a Facebook message is great, but the analogy that I use in my courses is it's like standing at the top of the mountain and going, 'Hi, I'm Sean Boon, I'm a magician'. And that's great if someone's there to hear it. So if you've got existing followers then they've heard that message. But if you've got existing followers, they've already heard the message.

Dominic Reyes :  Yeah, I do often see a magician and he's literally just reposting the same tweet, 'Joe Blogs, magician available', and the website url, and it's over and over and over again.

Sean Boon :  There are strategic ways of structuring a tweet. You can directly converse, so if I put the @ sign and then your username and then put a, 'Hi, how're you doing? Saw you at such-and-such or saw that you had a gig in Eastleigh or whatever or London or this and that and the other'. That's a conversation between you and I which can be seen by you and I but it can also be seen by our own mutual followers as well. So it does get out to a bit of a bigger picture.

However, if I constructed the tweet this way, 'Saw magician buddy Dominic Reyes' and then @ your username ' at such-and-such an event – really great fun from what I hear', then that message has been seen by me obviously because I wrote it, it's been seen by you because you've been tagged in it with your username, but because it's been structured by having text then the tag then more text, for example, it's also been seen by all my followers. And at this moment I've got a couple of thousand. So my private conversation that we were having is now less private but it serves as a bit of free publicity for you. Do you see what I mean?

Dominic Reyes : Yeah, so you're also sharing the benefit. Not just for yourself and bringing people in to you but you're also expanding other peoples' circles.

Sean Boon : I get venues that follow me or I follow them. I tweet about them saying, 'I've just got back from a wedding at such-and-such a venue', and I put their username in it, and they favourite that tweet. That's  like bookmarking. Doing this is great for me because it shows that they've seen this tweet and they've bookmarked it, They think it's something worth remembering', but if they hit 'retweet' instead or on Facebook hit 'share', that's gone out to all their followers and their followers can also see it. People may say 'Oh, this guy Sean performs at their venue – he does gigs there often'. That serves as a free advert.

Every tweet you make, every status post, every comment you make, every 'like', every group you join is all becoming more and more visible – particularly on Facebook – and if that's the case, you've got to think of them all becoming free adverts for you every time you do that. It doesn't mean to say that every tweet or every post should be, 'Hi I'm Sean and here's my website', because that becomes essentially junk mail.

3) Find ways to give your clients free advertsing and to build their own follower lists. By doing this, you also reach their followers.

4) Don't repeatedly tweet 'Joe Blogs magician London URL' filling up your timeline and giving the same message to people that have already seen it.