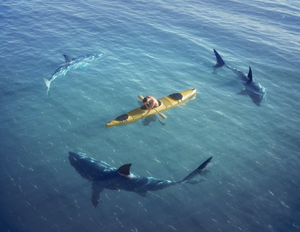 Have you ever had to use a magicians out? Think about what you would do if one of your magic tricks went wrong.

I say ‘if’… but really it’s ‘when’. It will happen to you. It doesn’t matter how much you practice, how much rehearsal you do, sooner or later, your magic trick will go wrong. Magic tricks have a nasty habit of going wrong, right in the middle of a performance. Let’s look at how we can be prepared for the worst.

The paradox of live magic.

Magic is performed in the real world. It’s live and unpredictable. That’s part of the appeal. People enjoy watching live shows of skill, wondering if it will all go wrong. With magic,  they try to work out how the magic trick is performed and to discover the magicians secrets. However, deep down they hope this doesn’t happen. When a magic trick goes wrong in a live performance, the spectators experience an anti-climax, they also feel embarrassed.  Magicians face an unusual situation where people try to catch them out, but hope that they fail to do so.

Magic on TV is edited, re-shot and arranged, so everything is controlled and ‘approved’ before it airs. In real life, there are no safety nets like this. Your magic tricks are happening live, with all the unexpected variables that real life throws into the mix:

There are 1001 different reasons that magic tricks can fail. It’s not always your fault, but there is something you can do about it to make sure you are ready.

Use a magicians out.

A ‘magicians out’ is an escape route within a magic trick. It may be a new ending, a change in the presentation or even a switch of sleight of hand moves, to recover a situation that is not going well for the magician.

The spectator thinks that the trick was supposed to end like this It was fun being ‘suckered’ into thinking the magic trick had gone wrong, when it hadn’t. In reality,  the trick failed, but the magician used a magicians out, to bring the trick to a satisfactory ending that looked like it was the intended climax of the magic trick.

When you learn magic tricks, it’s important to identify the ‘danger points’. Throughout each magic trick, there are specific moments when errors are more likely to happen. Props are engaged, a sleight of hand move needs to be done, misdirection is required, or a spectator must act in a specific way. The danger points tend to be constant in each trick, and that is your biggest weapon to fight them.

Identify the danger points in the magic tricks that you have already practiced. For each moment, think about a possible ‘magicians out’ you could use to change the magic trick in mid flow.

Learn magic tricks that can be used as universal outs for any trick. Magic Tricks like the Invisible deck or brainwave deck are perfect ‘universal magicians outs’ for most card magic tricks. Study and master a few card magic forces, so at any time you can use them to create impromptu outs.

Many mentalism and mind magic tricks make an excellent universal magicians out. A close up magic trick can easily divert into a prediction or mind reading trick if needed.

Think how you could create a ‘specific magicians out’ for situations when a universal magicians out would not work well. Having back ups of your most important props. For example; if you use Loops, wear two instead of one, so you can recover easily in the middle of a performance)

Taking the time to go through your act and work on magicians outs for each danger point, will result in you being much more relaxed when you perform your magic. Being relaxed will translate as being a professional magician to your spectators, it’s a win – win situation. 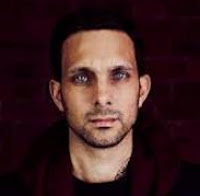