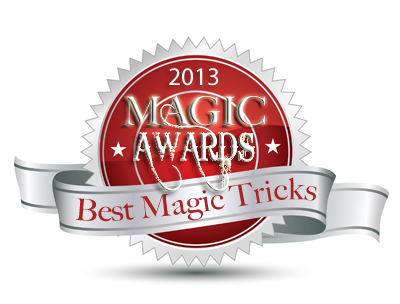 Creativity seems alive and kicking in magic, with a record amount of magicians choosing their best magic tricks to hit magic shops in 2013.

Most new magic tricks become popular for a short time as magicians try them out, and see if they will make the grade for their acts. Usually the magic tricks end up in storage and forgotten. So, let’s take a look at the best magic tricks to be released in 2013.

The winners that have won a best magic trick 2013 award are selected from the following sources of opinion:

The Best Magic Tricks of 2013 Winners.

The list is given in no  order. Each of these magic tricks have won its place as the top most recommended magic tricks launched in 2013. 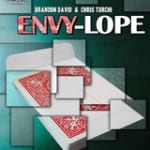 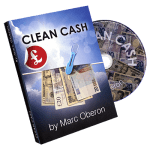 A blank piece of paper, transforms into a £20 with just the wave of the hand. If a magician could do real magic, this is what they would do! Marc Oberon has invented a unique method for this popular magic trick.It’s a winner because he has managed to  remove any unnatural moves. The magicians hands are clearly seen to hold only the paper. For working magicians who don’t want to use the traditional gimmick/prop for a bill switch, this is a great addition to their magic trick sets.

Sharpie Through Card by Peter Nardi 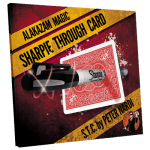 Peter Nardi took Rob Bromley idea for the Cigarette Through Card magic trick, and has greatly improved the method, making this practical and fun to perform for professional magicians. Sharpie through playing card allows you to easily stab a signed playing card with a normal Sharpie pen and then hand both items out completely unharmed! This magic trick is in the working magic cases of many performing magicians. 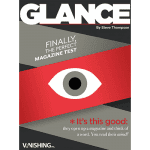 One of the best book tests ever invented. Glance allows you to perform one of the most impossible, memorable feats of mentalism with an object everyone has heard of and read before. And with Steve Thompson’s clever new system, you don’t need to fish for any clues about the word before revealing it. Glance is amazing in both engineering and design. Take a quick flick through the magazine and you will be amazed by the craftsmanship of the wording and layout. 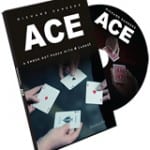 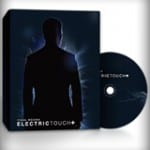 Electric Touch Plus allows you to use the force of electricity so you can deliver an electrostatic shock that will course through your body to your finger tip. Imagine reading someone’s mind and they FEEL the thought leave their mind as if it were zapped from their body. Electric Touch + was a major improvment on the original device that was a massive worldwide success with magicians. The range of uses and the reactions it gets from spectators has made this a winner with magicians around the world.

Any Word – By Ben Williams 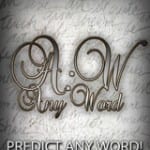 Literally ANY word a spectator can think of can be predicted in a clean, impossible fashion and the best thing is that Any Word requires NO SKILL what so ever to perform. The spectator at the end of the routine really feels as though you had influenced them to think of the word that is predicted.

Over the past three years Ben Willaims has honed this routine into a well oiled machine that devastates every spectator that witnesses it! He has performed this amazing piece of mentalism in casual settings, in loud working environments, one on one, in front of large crowds, he has even performed it on RADIO!

The Clarity Box by David Regal 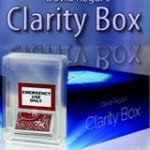 In typical David Regal style, we have a practical and stunning addition to any table, or stage magicians act. A wonderfully crafted prop that is hard to find anything wrong with it!  A folded playing card that has been on display in a CLEAR BOX, IN FULL VIEW the whole time is tipped out to show it is the spectator’s signed, selected playing card! The Clarity Box is appearing in magicians working acts around the world and it’s performance ‘in the trenches’ shows just how useful this item is to working professionals. 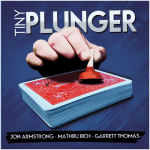 This funny little prop is the star of the magic trick! The tiny plunger holds onto to a thought of number of playing cards, locates a playing card selection, and a whole range of amazing plunger feats! Originally invented Mathieu Bich, and expanded by Jon Armstrong and Garrett Thomas, Tiny Plunger is that rare prop that is both comical, amazing, and magical.